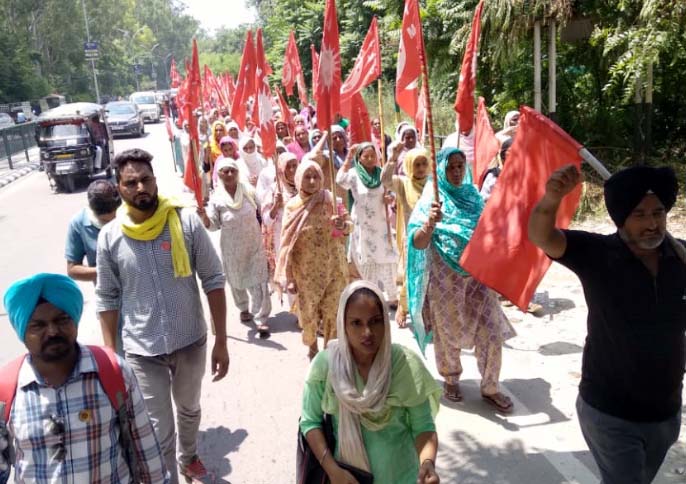 Activists demanded that loans of labourers should be waived and they be provided land, along with Rs 5 lakh, for the construction purpose, facilities of education and health. Activists said they would hold a protest outside the CM residence on September 12 in case their demands were not met.