Administration, MC sensitise shopkeepers against use of banned items 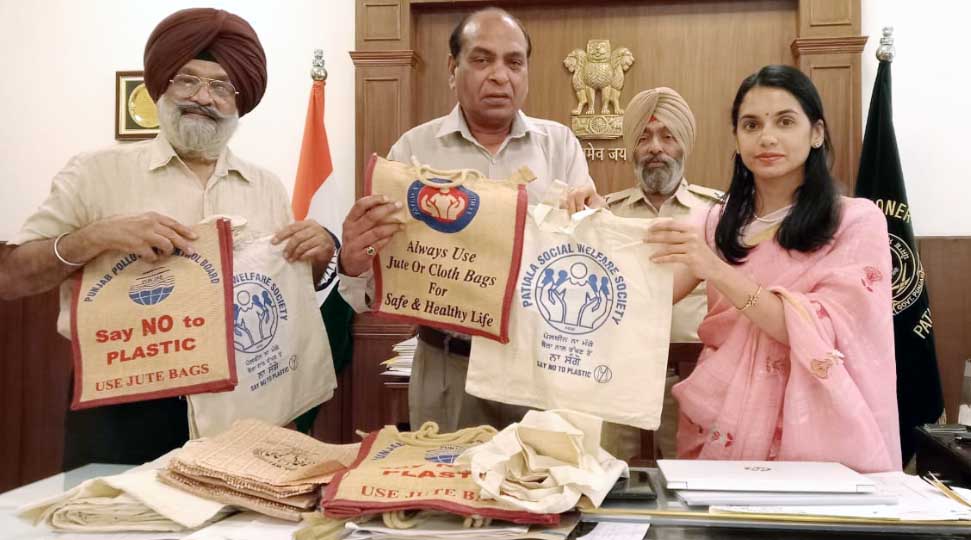 Despite repeated directions of the Central Pollution Control Board and activities held by the administration and local bodies to ensure a complete ban on single-use plastic, the banned products continue to remain in circulation in the district. The Patiala Municipal Corporation, which after recent orders of the NGT, had decided to ensure a strict ban on single-use-plastic products was yet to achieve results in the form of strict implementation.

The Municipal Corporation had recently announced it would strictly implement a ban on manufacturing, stocking, distribution, recycling, sale and use of single-use plastic carry bags, polythene bags, plastic pipes and others. Officials of the Municipal Corporation held a meeting with shopkeepers and association leaders of over 30 markets in June where the latter assured that they would desist from single-use plastic products. The shopkeepers said they would not protest against issuing challans if someone was found using banned products. MC officials said they were also sensitising shopkeepers, bakery, sweet shop owners, wholesale dealers and vegetable vendors against the use of plastic products.

The district administration and the Municipal Corporation held a number of activities to create awareness among the people regarding use of plastic products that end-up in rivers, landfills, rivulets and other water bodies and thus harm the environment. The district administration and the MC held a number of programmes to propagate the use of jute and cloth bags. The Punjab Pollution Control Board (PPCB) and the Municipal Corporation launched a drive against the banned product under the banner ‘Swachhta Hi Seva’ in October 2019. In June the same year, the MC carried out another drive to check use of plastic carry bags wherein the Mayor distributed certificates of appreciation to residents who brought their own cloth bags at the sabzi-mandi. A similar activity to propagate use of jute bags was carried out by the DC office along with NGOs.

Officials in the Municipal Corporation said shoppers were responsible for much of the use of plastic carry bags. “Shoppers go to markets empty-handed and demand plastic bags to carry commodities home. They insist on buying the products from shopkeepers who provide the banned products. As a result, the shopkeepers continue to supply the products despite regulations against them.