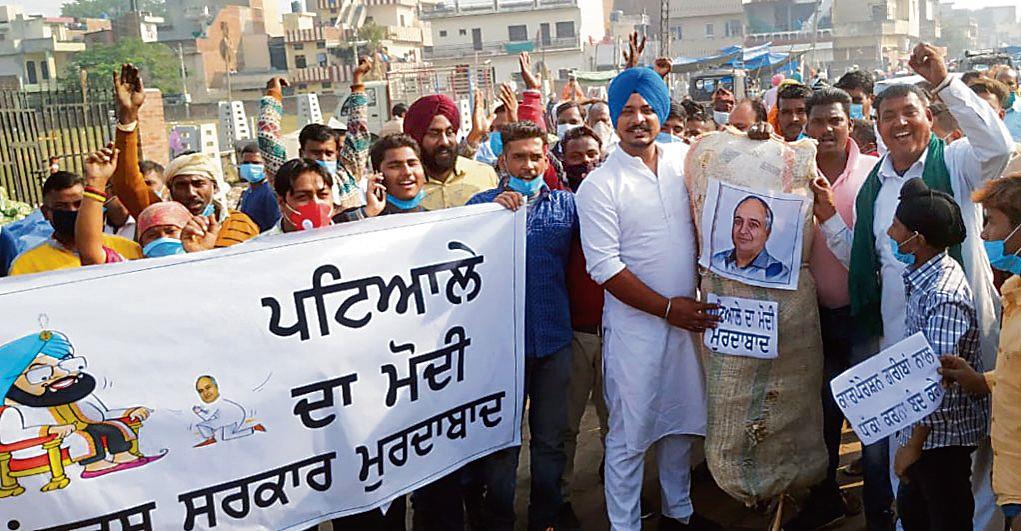 Vendors at the Ragho Majra Sabzi Mandi held a protest against the Municipal Corporation’s decision to shift the vegetable market to new Sanauri Adda. Raising their concerns, they also submitted a memorandum to the administration.

Vendors’ union president Binder Singh Nikku said, “The new allotted site is two to three feet below the road level. In such case, rainwater will get accumulated at the site. Therefore, it is not the optimum place to shift mandi.”

They had been selling produce at the Ragho Majra Mandi for the last 40 years, vendors said, while adding the MC’s decision would adversely affect their business.

Mayor Sanjeev Kumar Sharma said, “The MC has spent Rs 28 crore after implementation of the vendor policy. Vendors are doing business on a road. There is a lot of violation of laws at that spot. They are being shifted to a new site where facilities, including lighting, is also provided.”

“The MC will also make provision for providing water at the site,” he added.

“The Ragho Majra vegetable market will be shifted in a week. Vegetable vendors from other sites will also be shifted as per the plan under the new policy,” he said.