Sewerage, water supply works to be completed by March: MLA 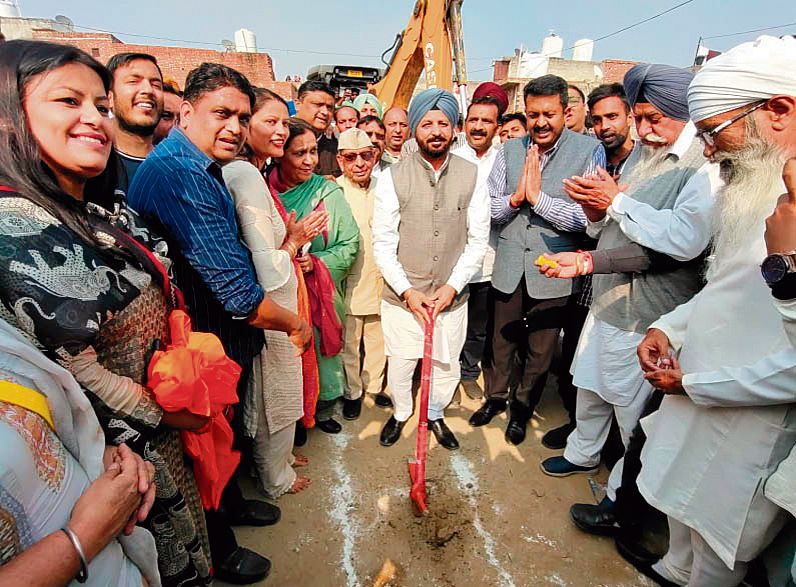 While many works started in the district over the last one year are pending, the Congress government has started a slew of works just before the implementation of model code of conduct for the upcoming Assembly election in Samana. Works of installing sewerage, water supply lines and interlocking tiles worth Rs 26.85 crore were given a formal go-ahead in the Municipal area of Samana in the presence of MLA Rajinder Singh today.

Officials said sewerage lines would be installed on a stretch of 23 km and water supply lines on 22-km stretch as part of the project. The work is supposed to be completed by March, the MLA said.

The works being carried out now have been pending for years. As a matter of fact, only about 65 per cent of Samana city has been connected with sewerage system till now.

MLA Rajinder Singh said roadworks worth Rs 32 crore would soon be started in the district. He said, “The under-construction bridge is ready and the work on city bypass has already been started. At present works worth Rs 92 crore are being carried out in the constituency.”

Samana Municipal Council president Ashwani Gupta said that tiles installation works worth Rs 3.50 crore and beautification of road from Bhakra canal overbridge up to Banda Singh Bahadur Chowk at a cost of Rs 12.50 crore were currently being carried out.

Officials informed that work on city bus stand worth Rs 7 crore was yet to be started as tenders for the same had not been floated. Also various works of Rs 12 crore are in the pipeline, they informed.

MLA Rajinder Singh pinned the blame for delay in beginning of works due to the spread of Covid-19 virus. He said, “Definitely, there has been a delay in starting the works. We floated sewerage and water supply pipeline works tenders thrice before they went through. It is a long process but it will be carried out by an experienced company from Chandigarh.”

He said major works were carried out during the tenure of the current government.