Aarya Babbar finds fun in the times of stress

Aarya, who is back on the sets, says his father, renowned actor Raj Babbar, is a funny man in real life as opposed to his staid image onscreen 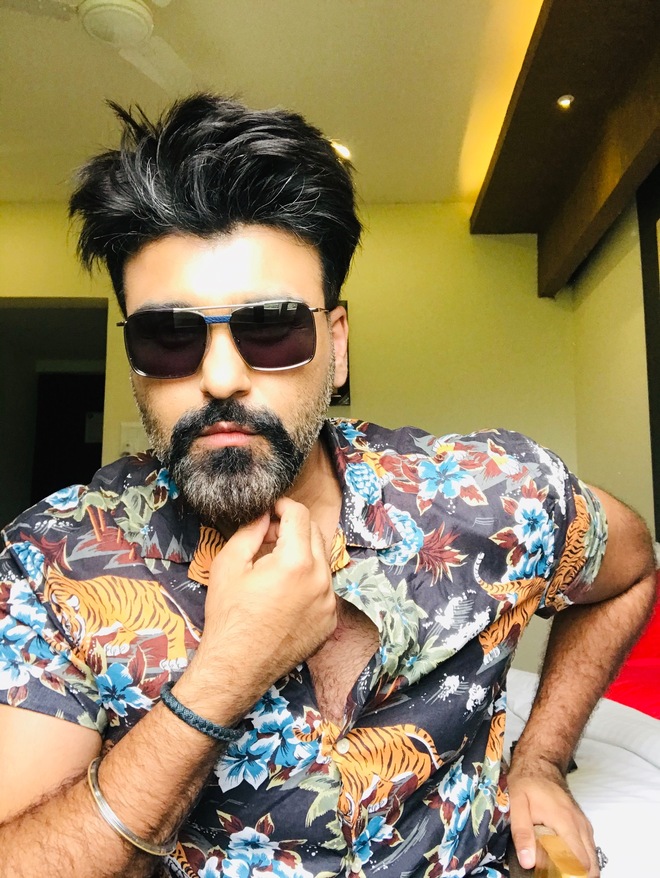 A huge fan of sci-fi, Aarya Babbar finds himself in one in the midst of 2020! A situation he deems ‘unreal’ has sure turned life topsy-turvy, and, just like others all across the world, he is enjoying every bit of semblance of normal that he can hold on to as the world starts to unlock. Current shoots, recent release, beating the lockdown blues, Aarya, who has to his credit many Bollywood and Pollywood projects, including Guru, Ready, Virsa and Yaar Annmulle, shares his very inventive as well as funny take on the new normal.

How is life in Unlock 3?

I find myself amongst the fortunate few who are back to shoots. I had just started shoot for Punjabi film Jatti 15 Murrabean Wali when lockdown sent me packing to Mumbai. Recently, I shot for a web series for Mx Player in Mumbai and a film for an OTT platform in Lucknow. While at both the sets due precautions were taken, I was rather taken aback by the fans who still insist on keeping their hand on my shoulder for getting clicked. Times are such that now anyone touching you sends shivers down one’s spine, so I am no exception. I am grateful for all the love but let’s maintain distance, we are not yet out of the pandemic.

How did the lockdown go for you?

It’s the first time ever that I did household chores and not like one or two, but all. While the cooking command was handled by my wife, for the simple reason that I am such an awful cook, she ensured I did everything else right from doing dishes to sweeping to mopping. Well, I can’t complain, this home gym only made me leaner!

How do you see your relationship with Punjab?

Whenever I am in Punjab, it feels like I am home. Right from folks that I bump into at the airport to those who drive me around shower such unconditional love. My connection with Punjabi films is not from Virsa, which was my debut film but from my father’s (Raj Babbar) times. Long Da Lishkara and Chann Pardesi are some early memories. Gurdas Maan’s Dil Da Mamla Hai to me still stays the most foot-tapping number. I got lucky to be part of Main Tenu Samjhawan Ki in Virsa. Trust me the whole magic of that song is Rahat Fateh Ali Khan’s voice, which rightly captures the pangs of separation. A recent one that I enjoyed is Diljit Dosanjh’s Clash. Diljit putting sanitiser on the girl’s hand was a funny and intelligent move there.

When will you start shooting for Punjabi films? Will you make a move from action to comedy?

I will be back to shooting Punjabi film in October most likely. I really wish I could do some comedy. Interestingly, my dad too kept wishing that some comedy came his way, but none did. He had such a staid, stoic image. But he is a very funny man in real life. In their time, they could maintain this duality – on screen and off screen. In the time of social media, our fans know it all, right to the kind of coffee we love. I wish I land some fun role soon enough. Meanwhile, Gandhi Fer Aa Gea is out on Amazon Prime. I am really enjoying the appreciation it has garnered.