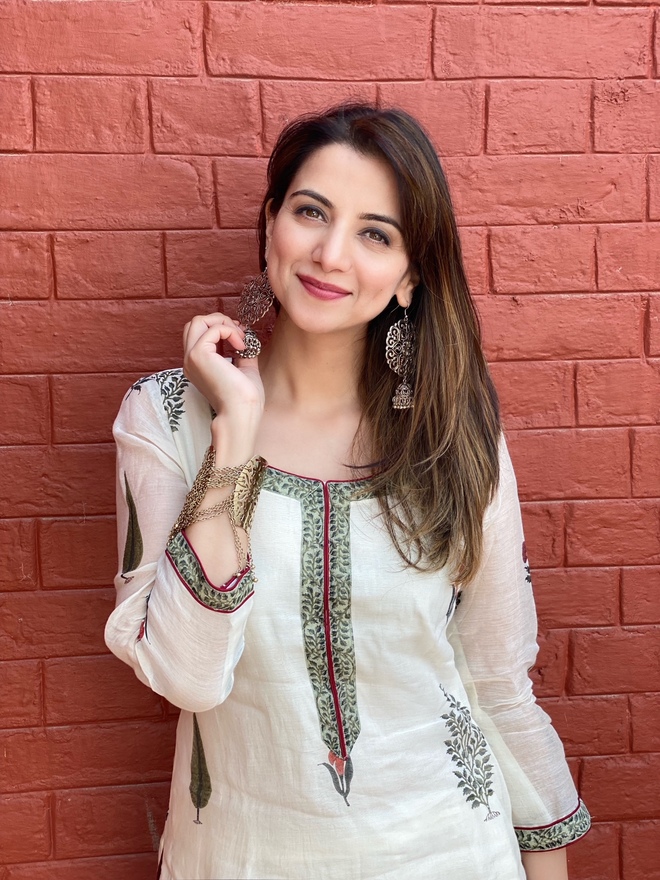 Being an actress, transitioning from television to Punjabi cinema and Bollywood was a big step for the gorgeous Punjabi actor Kulraj Randhawa, who debuted in the tinsel world with television show Kareena Kareena and later entered Pollywood with Mannat, followed by Tera Mera Ki Rishta and more. She was also seen in Bollywood movies like Chintu Ji, Lucky Kabootar, Yamla Pagla Deewana and Chaar Din Ki Chandni. Model-turned-actor Kulraj Randhawa gets candid …

You have been a state-level squash player. Share something about this?

I have been a sports person throughout my life. In my school, squash was my love and was trained for it. Once I reached my twelfth grade my parents thought I should focus on my academics instead. And that was the end of my professional training in the squash!

How and when exactly did you realise you had a passion for acting?

I tried modelling when I was in college and before I knew I was on the front page of leading newspapers in Bengaluru. I started getting offers from the Telugu and Tamil industry immediately, but again I wanted to complete my education and a formal training in acting as well.

Describe your most challenging role to date.

Needhi Singh probably was something which was challenging physically. A lot of action and stuff, but I enjoyed it thoroughly.

What would you want to say to your fans out there?

They have loved my work and supported me for so many years. I thank all of them and send my love to all.

What, according to you, is the mantra for success?

There is no set formula. It is what success means to each individual. We set our own threshold for our goals and achievements. One might be happy with a glass of milk, but for some a seven-course meal could also be a dampener.

You have performed so many roles as an actor, which one is your favourite and why?

I love all the characters I have played so far because each one has had its own journey. Plus I take my time to understand and to pick what I want to do and why I want to do it.

What was your motivation ?

Have you progressed in your acting career as you have expected?

Absolutely. God has been very kind.

How important is developing a personal style when it comes to acting?

Acting is reacting. The most natural self of yours will always be the best performance.

What is the future of entertainment industry because of pandemic?

There is definitely a slowdown in the pace at which content was being generated, especially for the theatrical distribution. That would take some time to get back to normal.

Are there things you want to do other than acting?

I started to write early in life and shall soon be publishing my first novel. I have been into business actively. There are other dreams which I hopefully can fulfill with time.

Your favourite food which you can’t miss?

Since I live by myself and travel mostly, whatever my sweet mother puts on table is cherish-able.

What’s next for you?

A Punjabi feature film opposite Jimmy Sheirgill. I am also in talks for a few web series.