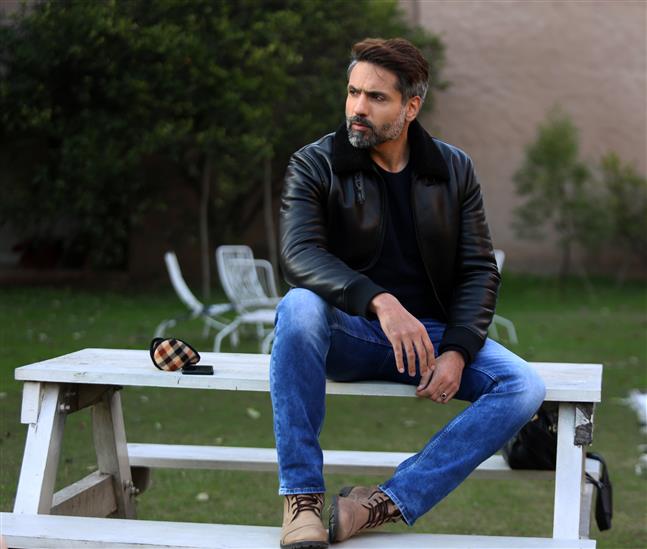 Actor Iqbal Khan, who is currently in Jalandhar to shoot for his first-ever Punjabi film, titled Rabb Di Mehar, is quite upbeat about making a debut in Pollywood. “I am glad that the director, Kapil Batra, thought of me for this role. The mannerisms, walking style and other characteristics of my character are similar to what I am in real life.”

Iqbal’s connection with Punjab is deep, as most of his school friends and relatives are from Punjab. “I have studied in two boarding schools — Pinegrove School, Dharampur, and The Lawrence School, Sanawar, near Kasauli, Himachal Pradesh, from where Punjab is not far. For me, Punjab is synonymous with happiness. People here are positive.”

Iqbal has worked in various web series, including Crackdown, The Bull of Dalal Street and Ratri Ke Yatri, all on different platforms, in the past few years, but believes OTT affords a lot of creative freedom. “Since TV shows content that can be watched by all, it restricts an artiste on various fronts, whereas films and digital streaming platforms offer a much-relaxed approach. OTT has become a great platform now, but having said that, as long as role is good, I am open to all mediums.” Ask him to pick his favourite character and he says, “I neither have a favourite role from the ones I have done, nor a dream role. I am a hungry actor. It has been just 20 years in the industry and I think I won’t be able to answer about what I liked playing on screen till I turn 75! And as far as dream roles are concerned, it depends on what I am offered and whether it excites me as an actor.”

Becoming a household name after giving successful TV shows one after another, Iqbal forayed into films and then OTT . It has been more than five years that he hasn’t worked in television, but such is his popularity on the small screen that his show Tumhari Paakhi is being re-run on a channel called Azaad!

A firm believer in one project at a time philosophy, he will start shooting for Crackdown Season 2, after his Punjabi project, Rabb Di Mehar, which stars Punjabi actor-singer Harish Verma and actress Kashish Rai in the lead roles, ends. “I haven’t watched many Punjabi videos but from the day I have signed this project, I have been watching a lot on YouTube. I saw a range of videos — romance to comedy to intense characters. The Punjabi industry has really picked up. It’s no longer what it used to be 20-30 years ago. The audience for Punjabi cinema is huge too, which in turn helps the revenue, and hence the makers are open to experiments.”

Apart from this, Iqbal will also be seen in another Bollywood film, Jalsa, which stars Vidya Balan and is expected to release next year.