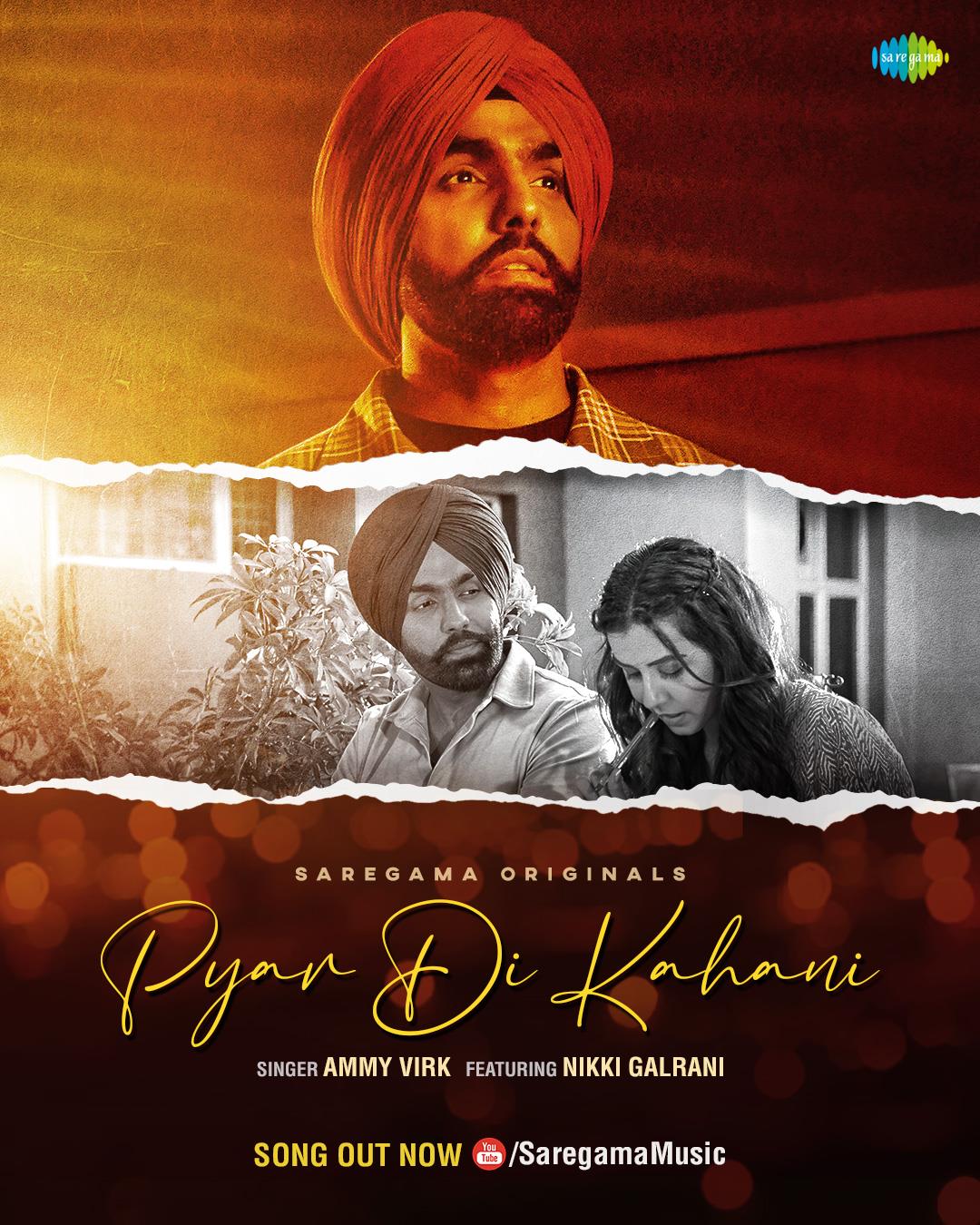 A still from the song.

Punjabi actor-singer Ammy Virk is having a good 2021. First we saw him in his first Bollywood film Bhuj and then he gave back-to-back Punjabi blockbuster films ‘Puaada’ and ‘Qismat 2’. And now, after showcasing his talents as an actor, we get to meet the singer in him. Ammy has brought out his new single ‘Pyar DI Kahani’, a romantic track that has hit the music charts today. Released under label Saregama Music on its YouTube channel, it is also available on all the leading streaming platforms. Buzz is the song is already winning hearts in the first few hours of its release.

The heart-touching melody has been shot in Chandigarh and launches Nikki Galrani, a South Indian actress who has worked in over 30 films, in the Punjabi entertainment industry. Here is the song for you to enjoy:

For Ammy, it’s not just a soulful song but holds a very special place in his heart. “The lyrics are heart-warming and it has a soulful melody. The story that plays in the video shows the ultimate test of true love- which is sacrifice. I am glad that Nikki Galrani is featuring in this video. This is one of my most special songs -and I hope my audiences love it and appreciate it."

He shared a clip from the song on his Instagram:

Even Nikki Galrani made sure to talk about the song on her Instagram. Today, she asked her followers a question as she shared the video on her social media.

A debut in the industry with Ammy Virk, Nikki Galrani feels it couldn’t have got better. She says, “This is my entry in the Punjabi music industry and I couldn't have asked for a better launch. Ammy Virk is a name to reckon with in the Punjabi music scene and to star in a video of his song is a golden opportunity. I had a great time shooting for this song and I hope people accept me.”

The heartrending lyrics are given by Raj Fatehpur and the melodious tune is by Sunny Virk. The video of the song is directed by Navjit Buttar.