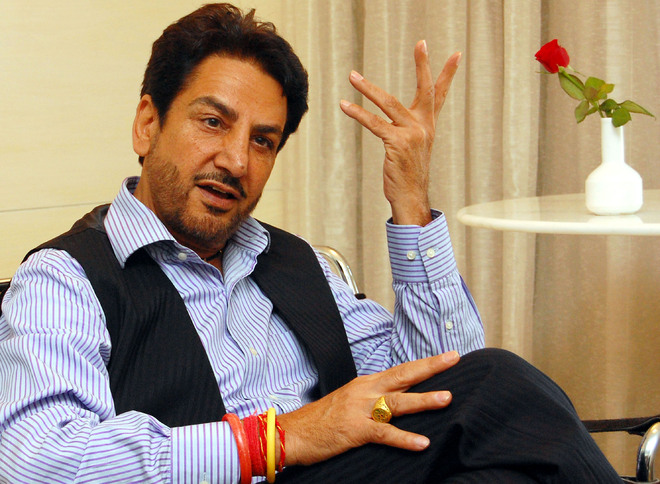 Punjabi singer Gurdas Maan on Tuesday was denied anticipatory bail in the case of objectionable remarks made during a religious fair at Dera Baba Murad Shah in Nakodar last month.

Punjabi singer Gurdas Maan on Tuesday was denied anticipatory bail in the case of objectionable remarks made during a religious fair at Dera Baba Murad Shah in Nakodar last month. Maan had described Ladi Shah, who was the ruler of the dera, as descendant of third Sikh Guru Amar Das.

Following his remarks, Sikh organisations, including the Guru Granth Sahib Satkar Committee, filed a case against him for hurting the religious sentiments of the community.

Subsequently, Maan had filed an anticipatory bail petition in the District and Sessions Court. During the hearing, advocates of Sikh organisations Parminder Singh Dhingra and Ravinder Singh said Mann’s words had hurt the religious sentiments of the community. His remarks caused great resentment among the Sikh community. If Mann stays outside, it could increase people’s wrath, so he should not be given bail.

They further added that Mann’s lawyer Darshan Singh Dayal argued that the singer had made the statement by mistake. However, he had apologised with folded hands and released a video of the same on social media. At the same time, the lawyer of Sikh organisations opposed stating that as per the law, such an apology was not valid. Meanwhile, Dayal did not interact with mediapersons.

The hearing of the case was adjourned for tomorrow. While Gurdas Maan himself did not appear in the court, his lawyer filed a bail application.

Security was also beefed up in the court premises as members of the Sikh bodies had announced to hold a protest if Mann did not appear in the court. In view of this, there was tight security outside the court complex too. Protesters were present in the court in large numbers in the morning. Paramjit Akali said they would wait for the court and then only any further action would be taken.

A case under Section 295-A of the IPC has been registered against Maan at the Nakodar police station. The Sikh bodies had earlier blocked the Jalandhar-Delhi highway, demanding the arrest of Mann.