As the occupancy in theatres is reduced to 50 per cent again, Punjabi filmmakers hope good times are back soon 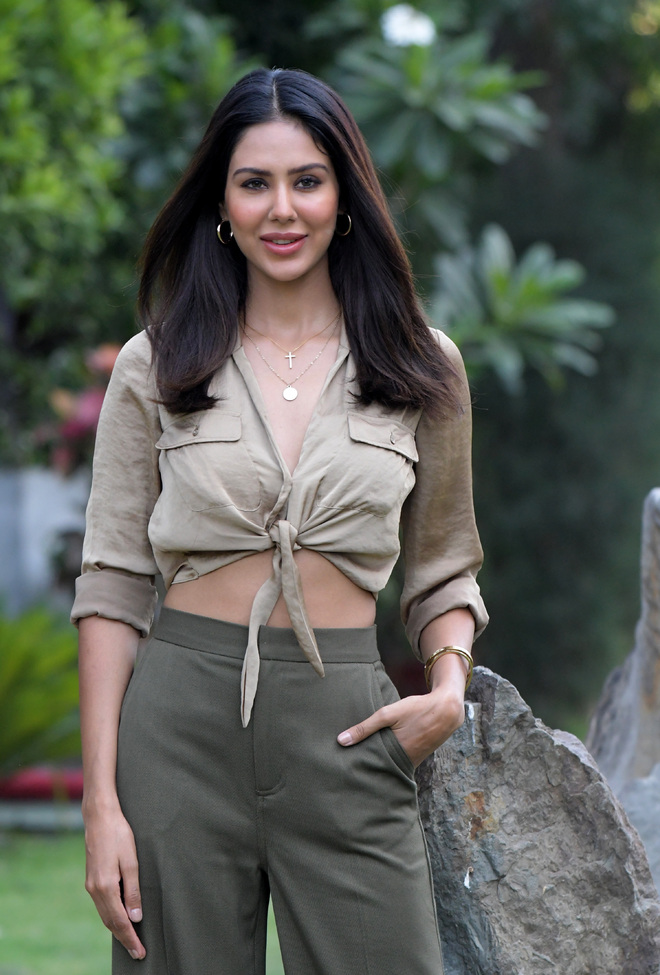 Rise in the number of Covid-19 cases continues to cause multiple cancellations, postponements and changes to the film industry schedules everywhere. Makers of as many as 10 films in Pollywood had finalised the release dates. But the new guidelines have brought the occupancy in theatres back to 50 per cent, as well as weekend and night closures. Amidst these restrictions, the movie business hit a bumpy road.

Ammy Virk-Sonam Bajwa-starrer Puaada, which was due to release on April 2, has been postponed until further notice. It was supposed to be the first Punjabi film to witness a theatrical release since the lockdown. Its team announced, “We have received an overwhelming positive and encouraging response for our trailers, songs and posters and feel our movie is best suited for a theatrical experience, so we have decided to bring Puaada to the audiences when the environment is more conducive for the theatre experience.” With much fanfare, the makers launched the trailer and songs of the film, but there isn’t much option than to wait and watch. Says Pawan Gill, producer, Brat Films. “Just when we thought that films were going to be allowed to be released in cinemas, and there would be 100 per cent occupancy, it’s unfortunate that we’ve gone back to a situation where covid cases have risen again. First and foremost is safety, so we have to delay our film until government bodies feel it is correct to have full occupancy.”

Quite hopeful still is Munish Sahni, owner of the leading production and distribution company, Omjee Group, “As such, we didn’t have a film slated for April and May; we are planning our first film Galwakdion on June 11 and we will wait till May to see how things pan out.” Not planning any change as of now, Munish is also releasing Kuriyaan Jawan Bapu Pareshaan, which has Karamjit Anmol, Lovepreet Kaur and Ekta Gulati Khera in the lead roles, on the decided date — April 16. “Not entirely an experiment, it is a calculative call to stick to the plan. The audience doesn’t have any Punjabi content to watch, so we are confident that an interesting narrative will pull them.”

This is not all, Kuriyaan Jawan Bapu Pareshaan is also releasing on 18 screens in Australia, and Munish thinks even 50 per cent occupancy won’t change his mind because, after all, one has to start from somewhere. But that’s one line of thought. Pawan, on the other hand, believes until it is 100 per cent occupancy, there is no scope for releasing the three pending films of his production company. “When we know the situation is back to normal, only then will we plan the marketing. Until then, I think everybody is on standby, like any other industry - be it Hindi or English — we are in the same boat,” he says.

Karaj Gill, producer, Rhythm Boyz, concurs with Pawan to some extent. He has Jodi, Chal Mera Putt 2, Golak Bugni 2 and Chal Mera Putt 3 lined-up for 2021. Nonetheless, he thinks a film release in the current situation is a huge loss. “We have already been impacted since so much money is blocked with all these big-budget movies, so it makes no sense to give out a big film when you know there won’t be enough shows or people to watch it,” says Karaj. He adds, “This is such a quandary. Even if the theatres in other countries are operational, we can’t simply release the films there since the risk of piracy looms large.”

Munish too has a plan B if things go from bad to worse, but that won’t mean opting for other platforms. He says, “This really is a tough time for our industry. Some Hindi films have taken the OTT route, but Punjabi films depend 70 per cent on the box-office collections. Our only saving grace

is when cinemas open

and people come and watch films.”