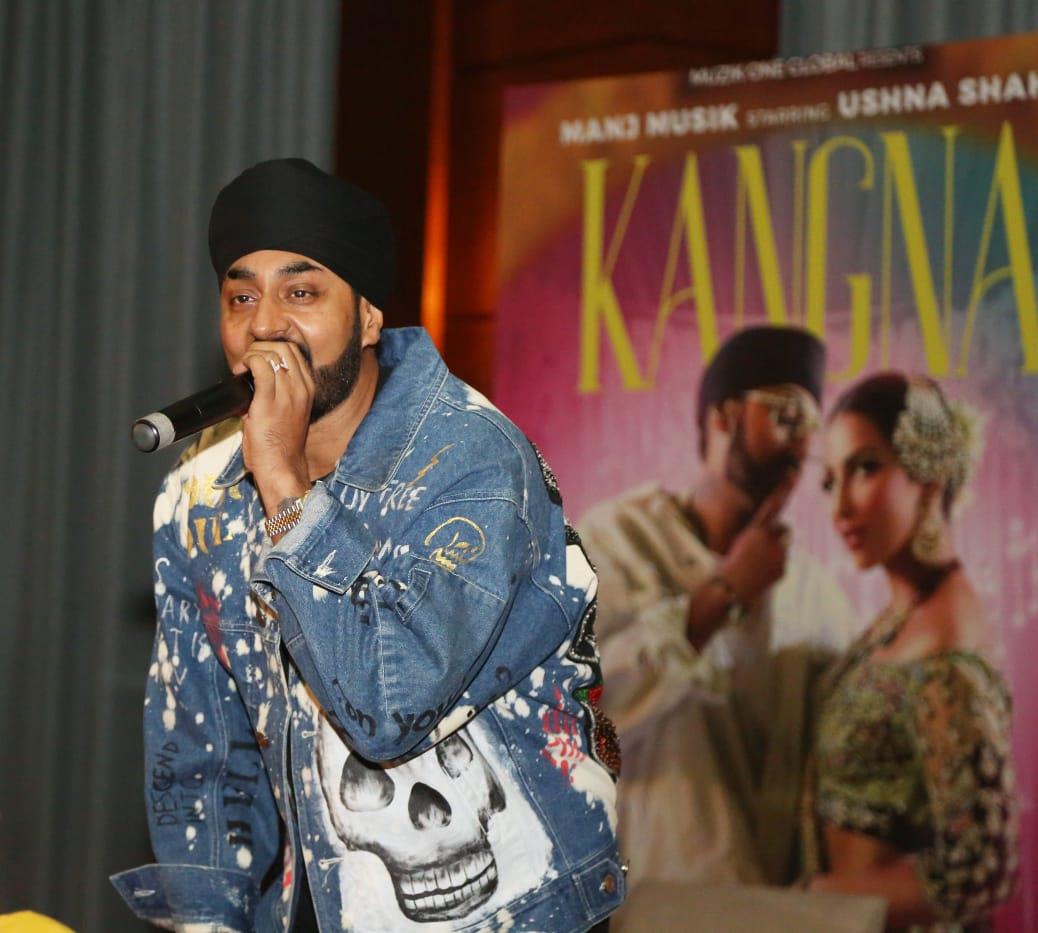 The British-Indian singer, lead RDB vocalist and Bollywood music director, ‘Manj Musik’ collaborated with a Dubai-based Indian businessman, Ashwin Sancheti to launch the international record label, Muzik One Global. The label was introduced with the release of its first single written and directed by Manj, starring Ushna Shah, a Canadian-Pakistani actress.

Featured mostly in Dubai with parts of it shot in Lahore, the single starts with a wedding scene in Lahore and then goes into a flashback to Dubai. Two people from two different countries meet and fall in love. However, sudden turn of events leave them in a sticky situation.

Commenting on the song and the label, Manj Musik, singer, composer and co-founder of Muzik One Global said, “It’s a commercial song made for the masses. Everyone is sure to love it; they would like to sing along and dance to its beats. Transcending the barriers of language, geographies, cultural backgrounds etc., we want people to communicate through the universal language of music while enabling them to feel the unexplainable, helping musicians come together to create something different. I am happy to partner with Ashwin and looking forward to bringing a variety of genres and artists from all over the world creating original, authentic and new content for a wide range of audiences.”

Talking about the future, Manj said the future belongs to the youth and our label will particularly be identifying fresh talent while helping them find their niche in the industry.

Released on Manj Musik’s official YouTube channel, the love song is a treat for Manj’s fans and lovers of the Punjabi hip-hop genre.