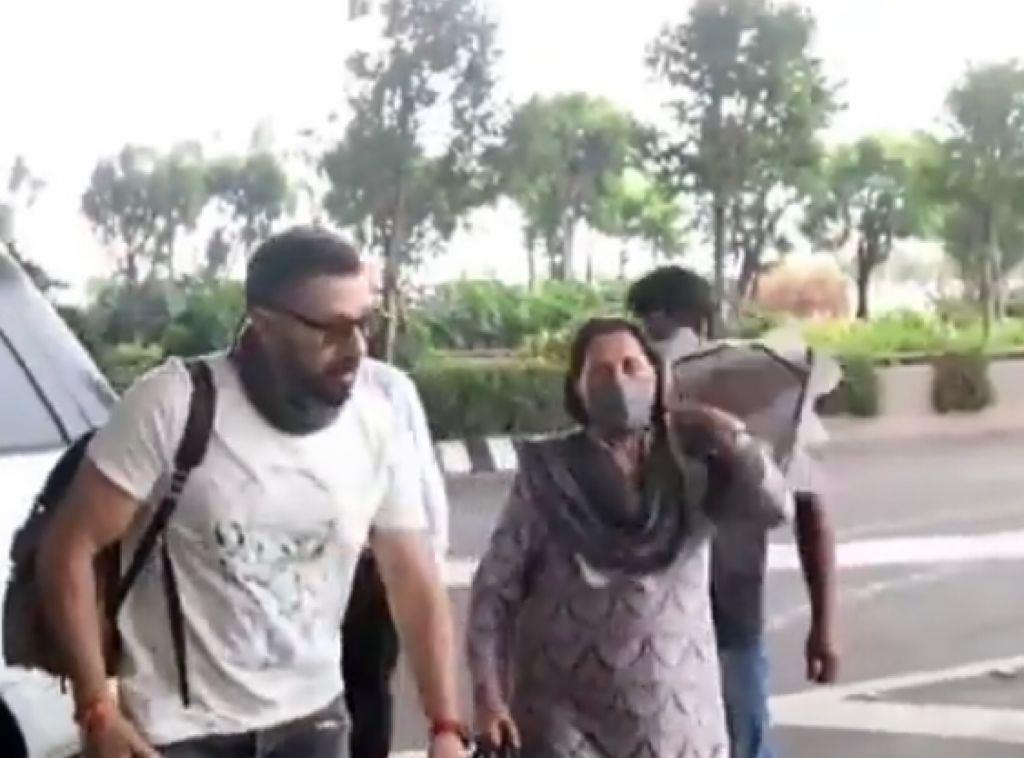 Dharmendra's wife Prakash Kaur made a rare appearance in the city on Monday morning. She was spotted with her son Sunny Deol at Mumbai airport.

While Prakash was dressed in a casual grey suit, Sunny wore denim jeans and a t-shirt.

A video of Sunny entering the Mumbai aiport with his mother surfaced. As his mother walked in front of him, Sunny lifted her dupatta from the ground and place it on her shoulder.

The video has impressed netizens.

One of them wrote, "Aisa betaa har Maa koo mile so caring son sunny paji (May every mom get a son like you Sunny) love u Respect."

Dharmendra and Prakash Kaur married in 1954 when the actor was only a 19-year-old and was yet to make his Bollywood debut.

Prakash has always been a very private person and not much is known about her. The couple had four children together - Sunny Deol, Bobby Deol, Vijeeta Deol and Ajeeta Deol.

Meanwhile, Dharmendra is all set to charm his fans with Karan Johar directed ‘Rocky Aur Rani Ki Prem Kahani’, which will be headlined by Ranveer Singh and Alia Bhatt.