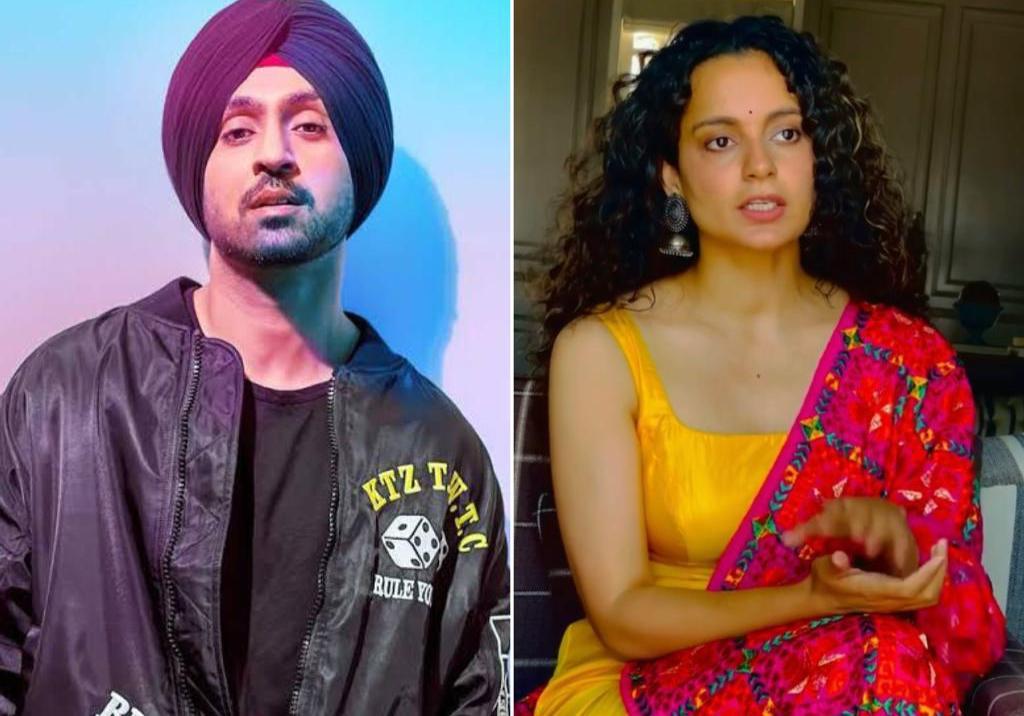 Kangana Ranaut and Diljit Dosanjh have been making headlines with their ongoing Twitter feud. As days pass by, the war of words has only become more intense. Now, the Punjabi singer has shared an audio clip.

In the clip, Diljit said in Punjabi: "Oh my god. I've to share something with you guys. There are 2-3 girls who are unable to digest their food until they chant my name. It's just like a doctor prescribing two tablets in the morning and two in the evening. Only then they digest food. One of those girls has a very bad voice. Don't give them any weight. They will themselves stop shouting. Ok ta ta".

Soon after this, Kangana shared a 2-minute video message on the ongoing farmers' protests.

"Here’s the video I promised, watch when you can," read her tweet.

In the clip, Kangana said: "I had given everyone my word that I will speak about the farmers’ protests once the true motivations are revealed, just like the Shaheen Bagh protests. After the kind of mental and emotional lynching and rape threats I have faced online during these 10-12 days, it’s my right to ask some questions to this country. Since the Prime Minister has made everything clear, there is no scope for any doubts, it has been proven that this entire movement was politically motivated and even terrorists had started participating in it.”

Here’s the video I promised, watch when you can 🙏 pic.twitter.com/0YZxfQfwB2

She continued, “I have lived in Punjab... I know 99.9% people of Punjab do not want Khalistan. They don’t want a piece of this country, they belong to India. From Arunachal Pradesh to Maharashtra to Delhi, it’s all theirs. They don’t want a small portion, they all are patriots. I don’t have any complains with terrorists who want to break this country, I understand their feelings. But how do these innocent people let these terrorists play with them. Like the Shaheen Bagh dadi couldn’t read but was protesting to save her citizenship, the dadi from Punjab has been hurling abuses at me and trying to save her land from the government, what is happening in this country? Friends, how do we allow ourselves to be so vulnerable before these terrorists and foreign powers? I have a complaint against you. I have to talk about my intentions every day, a patriot has to clarify so many things. But people like Diljit Dosanjh and Priyanka Chopra, no one asks them about their intentions. What is their policy? When I talk in favour of this country, I am accused of doing politics. Ask them as well what is their policy. Jai Hind.”