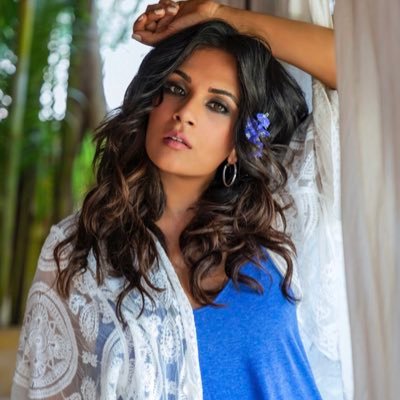 The 'Fukrey' actor Richa Chadha on Monday issued a statement after actress Payal Ghosh mentioned her name in the #MeToo allegations against filmmaker Anurag Kashyap.

In her statement issued through her advocate, Richa has “condemned the act of her name being dragged into the controversy”.

“No woman should misuse the liberty to harass other women with unsubstantial or non existent, false and baseless allegations,” Richa said.

Payal took to her verified Twitter account to open up against Kashyap on Saturday evening. She tagged the office of the Prime Minister of India in her tweet.

"@anuragkashyap72 has forced himself on me and extremely badly. @PMOIndia @narendramodi ji, kindly take action and let the country see the demon behind this creative guy. I am aware that it can harm me and my security is at risk. Pls help!," tweeted Payal.

Among others, Ghosh reportedly named Richa Chadha, claiming that “Anurag told her that it was fine and some 200 actresses who worked with him were also intimate with him.

Richa issued a statement after her name was mentioned in the allegations.

In a video released to ABN Telugu, Ghosh claimed that the incident happened in 2014-2015.

The actor, who made her Hindi debut with Rishi Kapoor-Paresh Rawal starrer "Patel Ki Punjabi Shaadi", also claimed that Kashyap boasted about his connection with megastar Amitabh Bachchan.

Dismissing the allegations, Kashyap called Ghosh's claim an attempt to "silence" him.