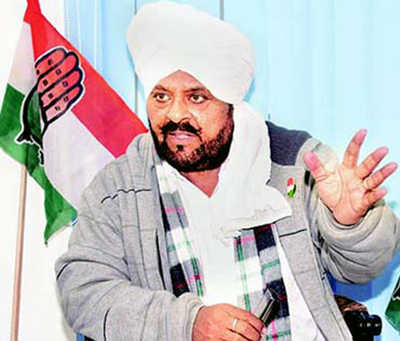 Mohammad Sadiq has lent his voice to a song in support of the ongoing farmers’ agitation against the farm legislations.

Punjabi folk singer-turned-politician Mohammad Sadiq has lent his voice to a song in support of the ongoing farmers’ agitation against the farm legislations.

Sadiq, who is the member of Parliament from Faridkot, inspires farmers to continue their fight in the song, singing: “Jeeta ge jarur jari jang rakhio (We will definitely win, so continue the fight).”

Starting with a Shabad of Kabir in Guru Granth Sahib, “Gagan damama bajio, pario nisanai ghao (The battle-drum beats in the sky of the mind; the aim is taken, and the wound is inflicted).”

The song is all praise for Punjab Chief Minister Amarinder Singh for calling a special session of Punjab Vidhan Sabha to oppose the bills and embolden the spirit of the protesting farmers.

Sadiq sings that the farmers’ protest will put an end to the “arrogance” of the BJP leaders and lay low the pompous pride of the “ruthless who, in connivance with the corporate houses, are demolishing the peasantry in the state.”

The 7-minute 30-secon song has been written by Babu Singh Maan, also known as Maan Maraarhan Wala of Faridkot, a known lyricist of Punjabi-folk songs.

Sadiq’s song was shared on the Facebook page of Punjab Pradesh Congress days after he was trolled on social media for the apparently dozing off momentarily in the Lok Sabha and later on him showing ignorance about the controversial farm bills.

To make a video for this song, drone cameras were used at Singhu border to capture the huge gathering of the farmers. Other than the video of the gatherings, many video clips of farmers being attacked with water cannons and teargas shells and cane charging by the police at Haryana has also been made part of this video.

This song on Facebook has invited over 3300 comments. In some of these comments, Sadiq has been ‘welcomed’ for him returning to his real singing fiefdom, others have attacked him for reacting much delayed.