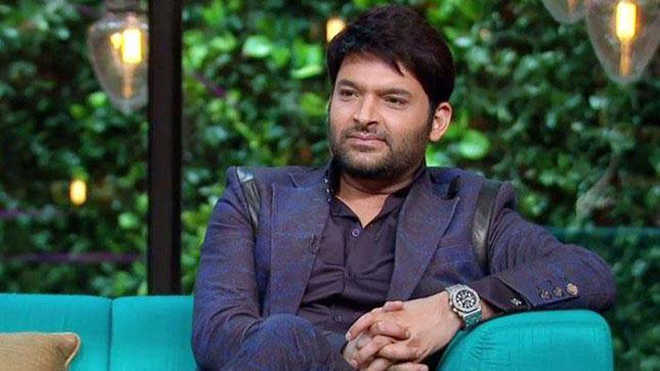 A Twitter user took a drugs-related jibe at the comedian and actor Kapil Sharma. The user also talked about the recent arrest his 'The Kapil Sharma Show' co-star, comedian Bharti Singh, and her writer husband Haarsh Limbachiyaa.

“Bharti ka kya haal hua? Tb jb tk pkdi nai gyi ..drugs nai leti thi.. Wo hi haal aapka h shayad jb tk pakde nai jao..no drugs (What happened to Bharti? Until she got caught, she said she did not take any drugs. I think it is the same case with you. Until you get caught, you say ‘no drugs’) @KapilSharmaK9,” the Twitter user wrote. 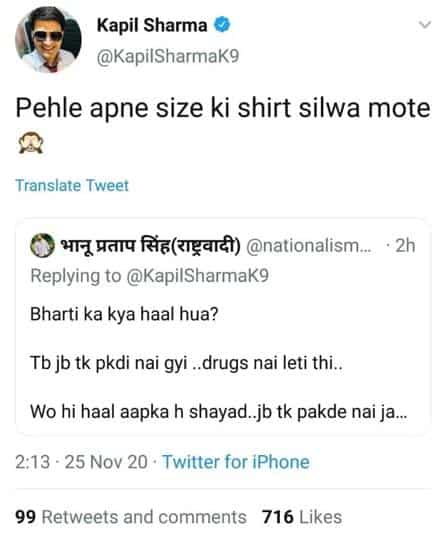 Bharti and Harsh were arrested over the weekend by the NCB on alleged charges of possession of a small quantity of Marijuana and consumption of drugs, sending shockwaves in the entertainment world.

While Bharti was arrested late on Saturday, Harsh was nabbed early on Sunday by the NCB after a raid at their home and office in Andheri west which led to the seizure of 86.50 gms of Marijuana.

The two were granted bail on Monday of Rs 15,000 each by Mumbai court.

The NCB has invoked various sections of the Narcotic Drugs and Psychotropic Substances pertaining to possession of small quantities of restricted drugs and their consumption. — with IANS