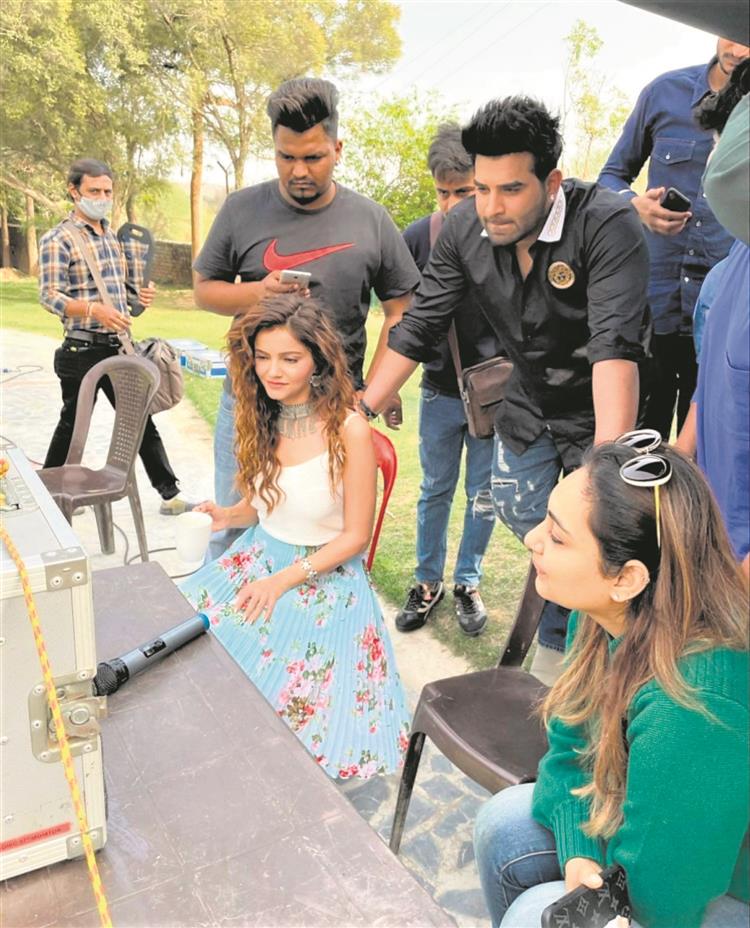 Rubina Dilaik is back to work, and is quite excited about it. — File Photo

Earlier this week, a video of Bigg Boss 14 winner Rubina Dilaik apparently mistreating the paparazzi at the Mumbai airport had gone viral.

In the video, Rubina remained tight-lipped as the reported questioned her, “Ma’am, naaraaz ho kya (are you upset with us)?”

Rubina ended up receiving severe backlash for the same.

But now, in conversation with Andy Kumar, Rubina has addressed her behaviour. She revealed that right before the video was shot, she came to know her aunt passed away.

In a video from the interaction, shared on Twitter by a fan, Rubina said, “As now everyone knows that I am shooting in Chandigarh, I have my extended family in Chandigarh—my father’s brother and sister live there. While I was inside the house, I lost my bua (paternal aunt) to a heart attack in January, which my family did not let me know.”

She added that even after the show, her family hid the news from her, as her grandmother did not want her to be ‘flooded with sorrow’.

Rubina said that her family was ‘torn apart’ as her Bigg Boss 14 win was a joyous occasion but they were also reeling from a loss.

“Exactly when I told my parents that I am going on a shooting schedule to Chandigarh that is when they broke this news to me. My extended family wasn’t communicating on a regular basis like they normally communicate. I thought it may be because I am busy, they are not calling frequently, but my grandmother had instructed everyone,” she said.

On the work front, Rubina is collaborating with her husband, Abhinav Shukla, for Neha Kakkar’s new music video ‘Marjaneya’. “Super excited to announce our #first feat. @ashukla09 in @nehakakkar ‘s #marjaneya,” she wrote in an Instagram post, sharing their first look from the song.