Back in 2019, Diljit had appeared on the cover of Vogue magazine with Kareena Kapoor Khan, Karan Johar, and Natasha Poonawalla 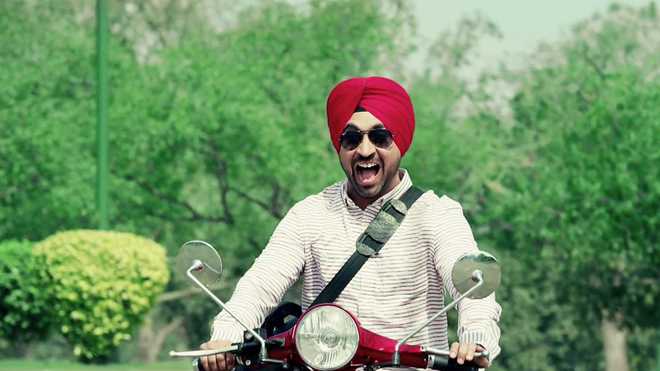 Punjabi singer and actor Diljit Dosanjh on Thursday revealed how he once sneaked out of a magazine interview as he noticed the interviewer asking everyone the questions in English.

Back in 2019, Diljit had appeared on the cover of Vogue magazine with Kareena Kapoor Khan, Karan Johar, and Natasha Poonawalla.

While he posed for pictures, he never actually gave an interview.

Taking to BBC Asian Network in 2020, Diljit said that he chose to sit out the interview because he did not feel confident about speaking in English.

"It is a flaw. Everyone has flaws. Mine is that I do not know English. Yes there was an English madam who wanted to take my interview for Vogue. They called us especially to London to click our pictures. I was so bewildered even when I was on the plane. I was like these people are giving us tickets, booking hotels, just to click photos. Click it anywhere yaar," he had said.

"When the photos were done, madam ji said she had to do interviews. She was interviewing everyone in English. Main bas katt liya paaji wahan se (I just left the place). I said thank you, just click the photos please," he had added.

Earlier speaking about his struggle with English language, Diljit had said: “See, if I get offered a Hinglish film, I cannot really take it up. When I do a Punjabi film, I am able to take a scene, interpret it my way and offer variations. I already struggle with Hindi because of my limited vocabulary. I try to watch Hindi films, pick up a word or an expression but usually, I end up delivering the dialogue I have been given. You cannot do your best unless you have control on the language. But I am not going to let this pass… I am already working towards improving my Hindi and I am not going to die an English illiterate.”