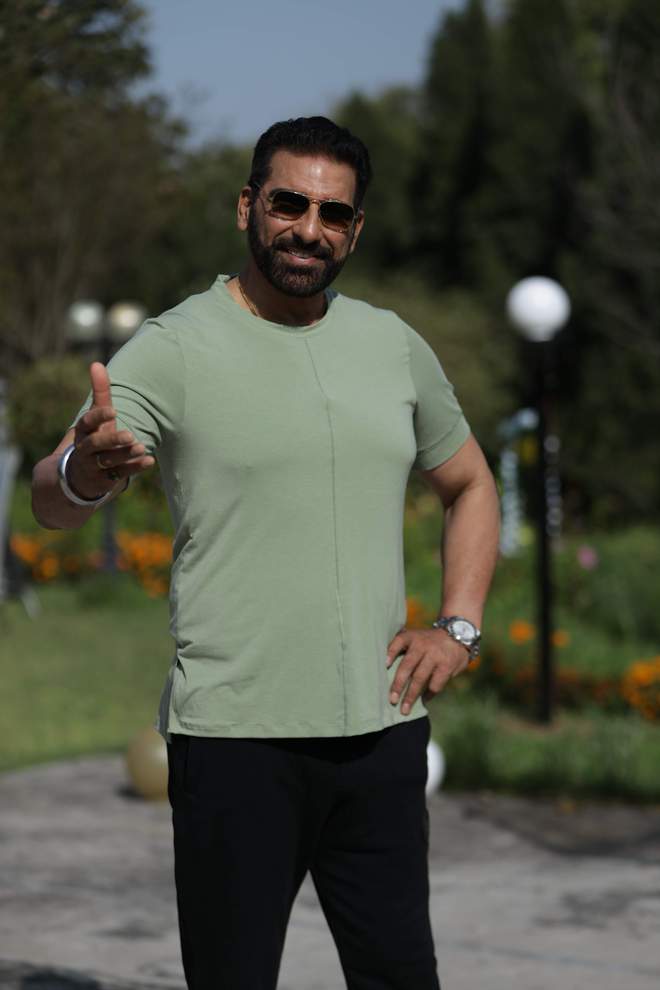 Mukesh Rishi is all set to don the hat of a filmmaker with Punjabi film Nidarr. The popular actor gives credit to his well wishers in the industry and working experience for coming up with a full entertainer in which his son Raghav Rishi also debuts as an actor. He gets candid with us and shares why he chose to be a part of the Punjabi film industry…

After a successful career in Bollywood and South Indian films, what drew you towards Pollywood?

Being a Punjabi, I respect each and every industry. It never came to my mind that I would work for a particular industry. But yes, I wanted to make a film in my mother language Punjabi.

How do you visualise your future as a filmmaker?

As a debutant filmmaker, I am still learning and trying my best to come up with a full-on entertainer Nidarr. Filmmaking is a new area for me but my experience in the industry has helped me out. I hope for a bright future.

How is your professional bonding with son Raghav Rishi?

As a matter of fact, it is easy for me to work with my son. He is working hard for the film. Our bonding is great because the film is also based on father-son relationship.

What is the film Nidarr all about? Who is the director?

Nidarr is an actioner, full of comedy. And as for our director Mandeep Chaahal, he is a director with the Midas touch. Already a popular name in the industry, he is the best director to work with. I am fully satisfied with his good work.

How do you rate model-turned-actress Kulnoor Brar and Raghav Rishi, as both are newcomers in Pollywood?

It has been great to work with newcomers because they are equally committed and hard working. From scene rehearsals to dance practices, Raghav and Kulnoor Brar have been doing well and putting in a lot of effort.

How is your working experience in Nidarr in terms of your cast and crew?

We are lucky to have an experienced cast and crew. From director Mandeep Chaahal to the actors like Sardaar Sohi, Vikramjeet Brar, Vindu Dara Singh and Malkeet Rauni, everyone is fantastic.

Did a lot of research go into the making of this film?

Yes, we did research for six months to come up with the script.

What is the future of the Punjabi film industry?

I think the Punjabi film industry will do better than before.

What do you think the audience will like about Nidarr, considering they have so many options to watch today?

Nidarr is a well made film on the father-son relationship. It is a challenging project for me and hope the viewers will appreciate our effort.