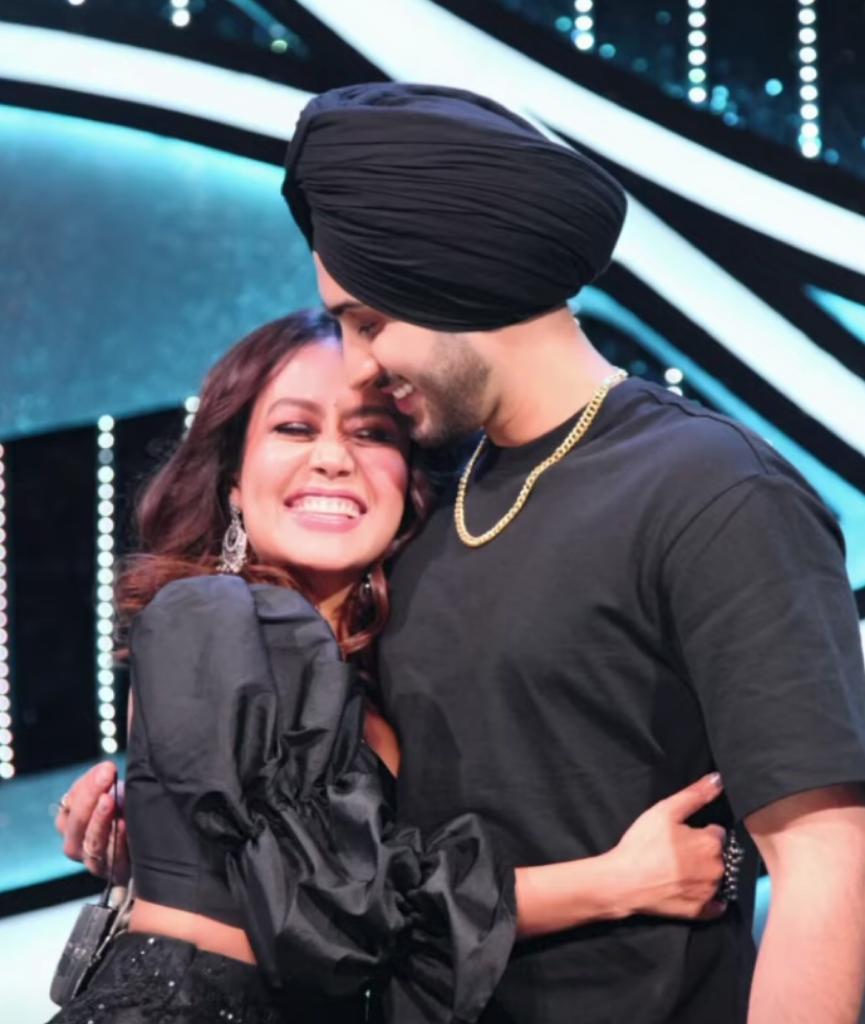 Newlyweds Neha Kakkar and Rohanpreet Singh were spotted at twinning in black at the Mumbai airport on Thursday. The lovebirds are adored by their fans.

The 32-year-old singer, who has a huge fan following, shared a glimpse of a handwritten letter she got from her fans onboard a flight.

Sharing it on her Instagram Stories, Neha wrote: "Love from some beautiful people sitting behind!"

The letter's text read: "Dear Neha and Rohanpreet! We saw you'll at security but couldn't say hi. Lots of love from us at 25D, E and F. We hope you have a lovely flight and a great year ahead. Love Anchal, Hanisha and Sayesha. PS-Tu apna khyaal rakhya kar." 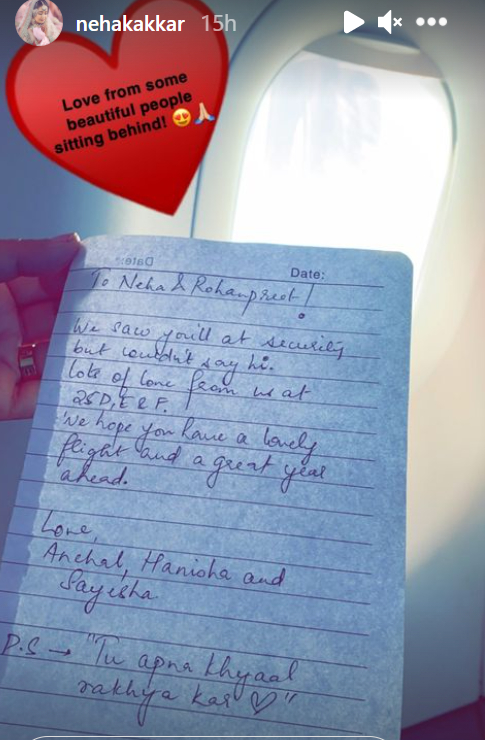 Fans spotted Neha and Rohan at the security before they boarded their flight and were excited to say hello to them. So they wrote a letter.

Meanwhile, the couple got married in October last year in a fairy tale wedding in Delhi. They left for Dubai soon after to celebrate their honeymoon.