Producer Mani Dhaliwal is happy doing a few film projects if they help him propagate Punjabi culture. He has no qualms in waiting for the right people 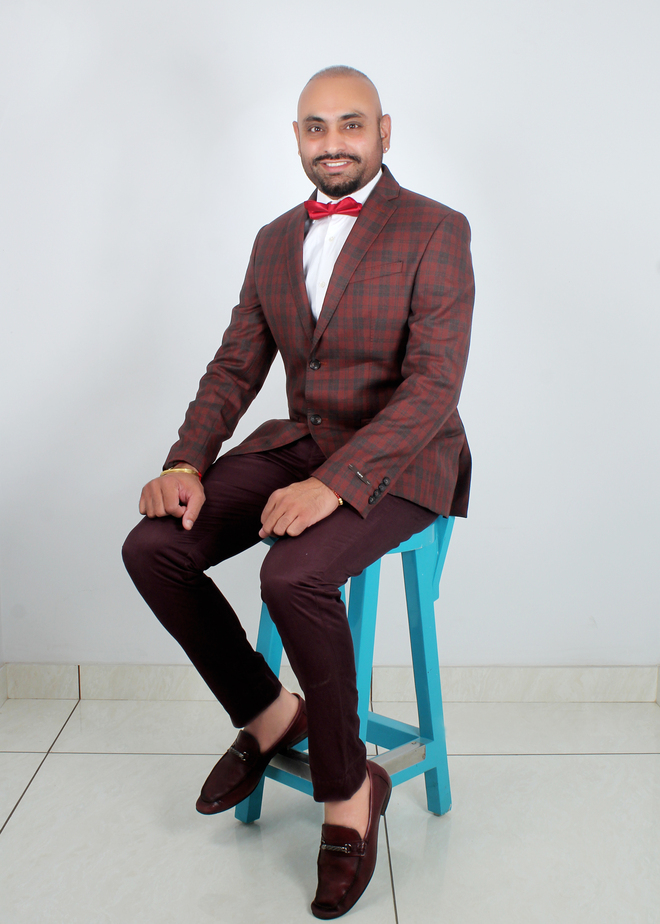 “It’s not an actor’s fault if a film doesn’t do good business at the box-office, there are innumerable other factors that decide the fate of a film. Out of which, thorough homework is the one that’s significant and can make or break any project,” says producer Mani Dhaliwal. He has produced two successful movies, Dulla Bhatti and Parahuna, and gearing up for his third, Paani Ch Madhaani.

Born in Phillaur, Jalandhar, whereas all his family members were interested to send him abroad, his love for his land, culture and sports always drew him back to his hometown. “I have been to England, Australia and New Zealand. Although in each country I had no financial issue or worries when it comes to stay, I still longed for the environment back home. I never lasted six months in foreign lands. After a film was shot at my uncle’s house, I was intrigued by the process of filmmaking and how it influences the audience. From that day I thought of making a movie. I always wished to do projects that connect the youth to Punjabi culture, that talk about stories which usually happen in villages and cities of Punjab, that help people of Punjab in knowing more about their lifestyle.”

Willing to wait for the right people to collaborate with, it took Mani close to two years to finally take Paani Ch Madhaani to pre-production stage. Ask him the last movie that he thoroughly enjoyed, and he quips, “Harjeeta is the best movie I have seen so far. So much so that I waited for a year to work with its director, Vijay Kumar Arora, and another year to work with Gippy Grewal. Both my wishes will come true with this project.” But then the lockdown happened. Mani and two other producers, Sunny Raj and Dr Prabhjot Singh Sidhu, had finalised the shooting schedule, which was to start in April this year. “Now for the 20 per cent of the shoot, which had to be done in Punjab, we have got the permission. Rest of it will be shot in London.” The movie stars Neeru Bajwa and Gippy Grewal.

Mani always had a desire to become a sportsperson but could not transform this dream into reality, though he played football throughout his life – from school to Panjab University to Arya College in Ludhiana.

“I opened an academy of football in Phillaur and enjoy spending time with youngsters. Apart from this, I still live in Phillaur where my heart belongs,” he signs off.