Paani Ch Madhaani, which reunites Gippy Grewal and Neeru Bajwa on screen after 12 years, is a take on musical shows 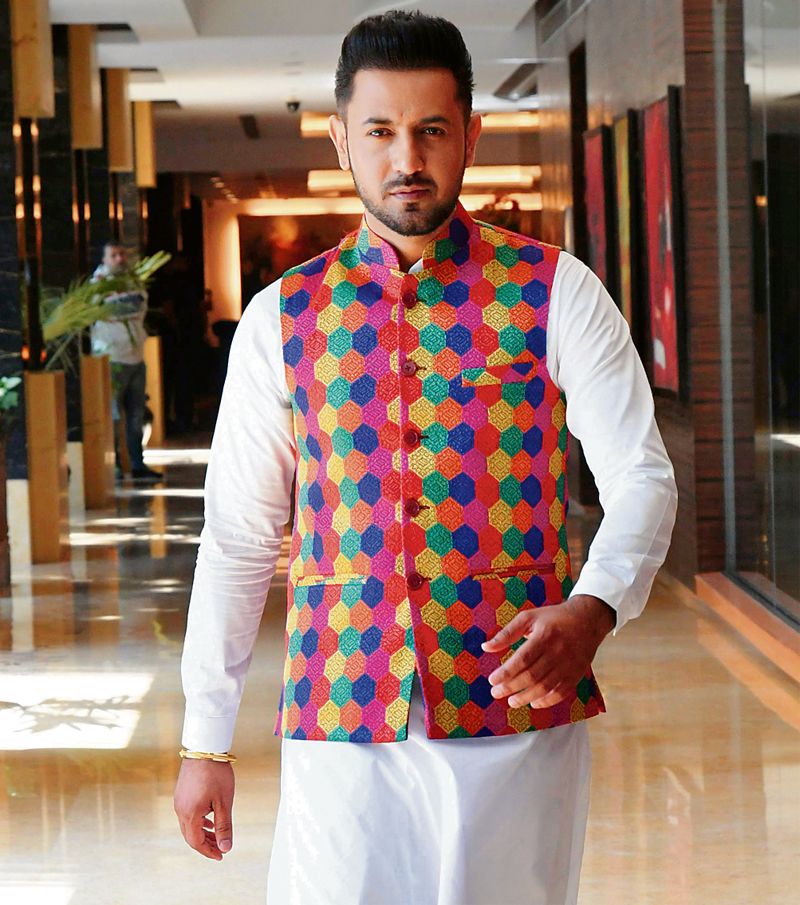 Music won’t take a backseat in my life. I would be releasing more videos.I am also planning an album which will be dedicated fully to folk songs. Gippy Grewal

After cinema being in the troubled waters due to the pandemic, things are starting to look good for Pollywood industry. And in comes the trailer of Paani Ch Madhaani announcing its release date, November 5.

Paani Ch Madhaani takes us back to those good old days of stage performances and the road blocks the lead pair and the team face in their quest to be successful.

“It’s good to be back,” says Gippy Grewal, who will be seen with Neeru Bajwa after 12 years on screen, who is doing promotions for the film in person, ditching the zoom calls.

The actor has released two full-fledged albums, The Main Man and Limited Edition, during the pandemic. He says, “Music won’t take a backseat in my life. I would be releasing more videos of songs from my second album. I am also planning an album which will be dedicated fully to folk songs and old style of singing. I have to thank this film for reviving those good old music days on screen.”

Neeru says she has done a lot of research to play a stage singer and took inspiration from singers such as Surinder Kaur, Prakash Kaur and others.

On doing promotion in person she says, “I am excited to meet people and hope that they find the film entertaining.”

Not sharing much about her Hollywood project, she says, “It’s an untitled film and I will be sharing details about it soon. On my upcoming projects Koka with Gurnam Bhullar and Kali Jotta with Satinder Sartaj are really close to my heart.”

Last seen together in Jihne Mera Dil Luteya and Mel Karade Rabba, Gippy says, “I am happy that Neeru ji is working in the film industry post-marriage and breaking stereotypes. She was a great actor 12 years back as she is now.”

The success of the trailer, which has crossed 7 million views, is an indication how much the audience wants to see them together on big screen.

Gippy will also be releasing his web series Warning in the format of a film in theatres on November 19. The web series Shava Ni Girdhari Lal again has Neeru Bajwa opposite him.

Apart from the lead pair of Gippy Grewal and Neeru Bajwa, Gurpreet Ghuggi, Karamjit Anmol, Iftikhar Thakur and Harby Sangha will be seen playing pivotal roles. Dadu aka Vijay Kumar Arora has directed the movie and Naresh Kathooria has written the story. The music will be released on Humble Music. Jatinder Shah is the music director. Happy Raikoti has written the lyrics of the songs.

“The major part of the film was shot in London during the pandemic and we had to shoot with a crowd. The moment the director said action, people had to remove their masks. If anybody had his mask on, we had to cut it and shoot it again. Because it was a period film, masks had no place in it,” says Gippy.