Pankaj Tripathi has soft corner for Punjab, thanks to his friendship with Punjabi actors Ammy Virk and Harrdy Sandhu

As he is just back from Ladakh after a shoot schedule, we catch up with him… 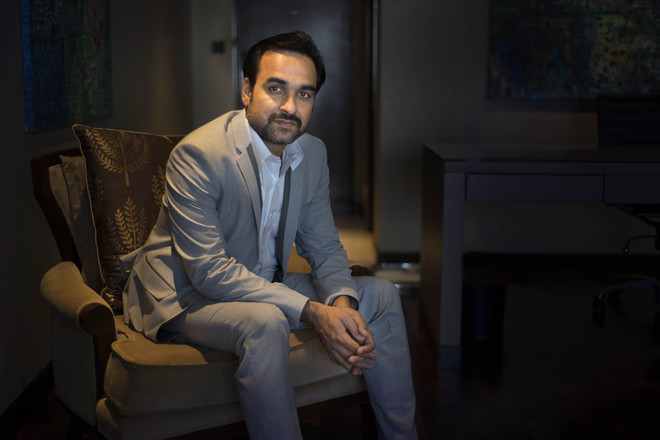 Director Anurag Kashyap had recently shared how Pankaj Tripathi has become the common choice for Bollywood directors. It’s no surprise that he has become one of the busiest actors in the industry.

Pankaj feels grateful to the film fraternity as well as audience for their love. He says, “When I was busy giving my best, I had no clue exactly at what point time started changing for me. It seems like yesterday when I used to dream of doing the kind of work that I am currently doing. I always wanted people to know me for my craft and thankfully it has happened.”

While on the subject of time, the actor has mastered another aspect of it—time management. Ask him how he does it and he says, “I don’t know how, but somehow it all works out. And while many believe that one has to compromise on family time while one is in the peak of his career, it’s not true. I was with my family in my village for some time, then went to shoot in Ladakh for an untitled film. As it’s not everyday that we get to visit Ladakh, I took my family along for an outing. They went back but I stayed on for work.”

He touched down the City Beautiful on his way back from Ladakh. Punjab is close to his heart because of his friendship with Ammy Virk and Harrdy Sandhu with whom he has worked in multi-starrer film, 83. He has also shared screen space with Ammy in the National Award-winning Punjabi film, Harjeeta. An avid reader, he connects with Hindi writers and their characters. He loves portraying those characters which have made an impression on him. He says, “In Masaan, I played writer Varun Sadhya, which was based on a character from Vinod Kumar Shukla’s novel Deewar Mein Ek Khirkee Rahti Thi.”

Not addicted to social media, his advice to youngsters is, “You should be taking advantage of social media but it shouldn’t be vice versa.” He adds, “Social media gives you visibility, but thankfully, my craft does that for me and I am content. For occasions like Diwali or Holi, it is a medium to congratulate people and fans you owe your success to.”

From associating himself with commercial films like Mimi, Luka Chuppi, Bareilly Ki Barfi to content-driven cinema such as Masaan, Harjeeta and Newton, the man stands for diversity. Which is why, he was recently honoured with the Diversity in Cinema Award at Indian Film Festival of Melbourne.

His first reaction to this honour was, “I am often surprised because it doesn’t seem real. But at the same time, I am thankful to the people in the film business who have accepted me with open arms. I would always credit Gangs of Wasseypur to be the turning point in my career and its director, Anurag Kashyap, for reinventing the actor in me.”

From one Anurag to another (Anurag Basu), with whom he has done the recently released Ludo, the actor’s steady growth in Hindi cinema has been recorded on 70mm screen. From the days when his small roles in big films went without a mention to becoming an actor who plays lead roles, he says one thing remains constant— “I still am a director’s actor. If the director is convinced with a scene, I would never ask for another take. He knows what he wants and my job is to go with his vision. I never watch myself on the monitor.”

And does he get time to watch his films? ‘I watch myself in bits and pieces,” says the actor. As for his upcoming projects, he awaits the release of 83. He is also a part of Bachchan Pandey.

Another less-talked project of his, a short film Laali has gone to various festival, including Dharamshala Film Festival, Kolkata International Film Festival and Indian Film Festival of Melbourne.