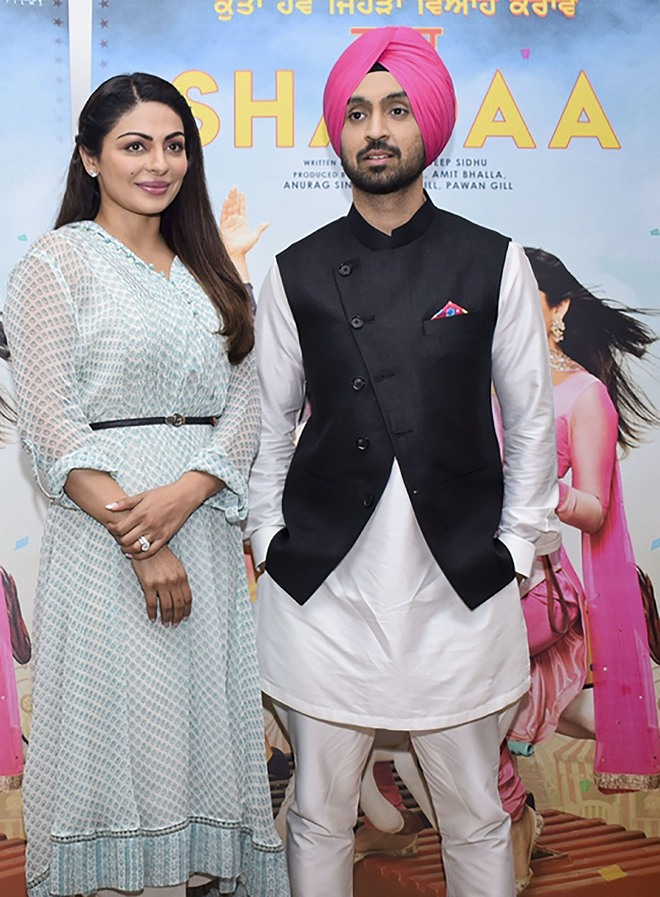 Apart from the fact that these are names of some super-hit Punjabi films, another factor that stands out here is the onscreen pairs. Gippy Grewal-Sonam Bajwa, Diljit Dosanjh-Neeru Bajwa, Ammy Virk-Sonam Bajwa, Harish Verma-Simi Chahal, Parmish Verma-Wamiqa Gabbi—these couples have been lauded for their chemistry and their magic is such that the audience waits to see them together again.

It’s natural that the filmmakers repeat these jodis in their films. “Once a film becomes a hit, every producer and director looks to encash on that same formula by launching a sequel to a film and making it a franchise. In the same way, if a blockbuster film is heavily dependent on its lead pair, then everyone wants to encash on that lead pair and cast them in their respective films. In Punjabi cinema the most iconic jodi of recent times has been Diljit Dosanjh and Neeru Bajwa, after Jatt and Juliet 1 and 2, the same producers then made Sardaarji 1 with them and eventually we ended up pairing them together in Shadaa also. So, now their pairing is just not limited to one hit franchise but it’s truly transcended beyond a film and has become an iconic jodi regardless of any film they are in together,” says Pawan Gill, producer, Brat Films.

Quoting examples from Bollywood like Shah Rukh Khan and Kajor in DDLJ, Karan Arjun, Kuch Kuch Hota Hai, K3G, My Name is Khan, etc or Dharmendra and Hema Malini, Amitabh Bachchan and Rekha, this phenomenon of iconic jodis is a part of cinema no matter what the language is.

As a director, Pankaj Batra concurs that the audiences’ response becomes the deciding factor on which onscreen couple gets repeated. But he says it’s not a forever formula. “So, maybe two years or three films later, these superhit jodis change. In the recent years, we saw, Ranbir Kapoor and Deepika Padukone were a craze but some films later that changed. That’s because the freshness ends.”

Maybe, it’s cyclic or maybe there is a certain stereotyping attached to even casting two people together again and again. Director and screenwriter Jagdeep Sidhu, who is known for Qismat 2, talks about some new jodis in his upcoming films. “In Lekh, you will see Gurnam Bhullar and Tania. In some other projects, I plan to cast Jasmine Bajwa and Gurnam and Jasmine Bajwa with Maninder Bhuttar. These are all new, young couples and I am confident they will be liked by the viewers.” Having said that, Ammy-Sargun remains his favourite couple, ‘because their chemistry is exceptional’.

For an actor, people’s response as well as a producer’s expectations matter, but it’s an entirely different process for them to conjure that made-for-each-other image. Harish Verma explains, “If you know your co-star then becoming a character in front of the camera becomes so much easier. There is no hesitation and there is scope for improvisation as the other person would be willing to play along.”

His co-star in Golak Bugni, Simi Chahal asserts that if the co-actor is a good human, is passionate towards his work, that chemistry then comes naturally. “Someone who is true to his craft helps bring out the best in you too. Else, I will do my job as I am supposed to and not look back.”

With diverse experience in different language films, Wamiqa Gabbi is still tagged with Parmish Verma for Dil Diyan Gallan. “Natasha and Laddi from Dil Dilyan Gallan were really loved. Till today people tag me with Parmish.”

Gippy Grewal and Neeru Bajwa too have two films lined up for release. This would be after a decade that they are coming together. Their popularity is an added advantage. But that may not always be the case. Harish suggests, “Being renowned helps only to a certain extent. More importantly, the character has to suit them. Dilwale 2 is a prime example here. Even with Shah Rukh and Kajol, it was a flop. You can’t simply bank on a pair or the story. A lot comes into play to make a film a success.” 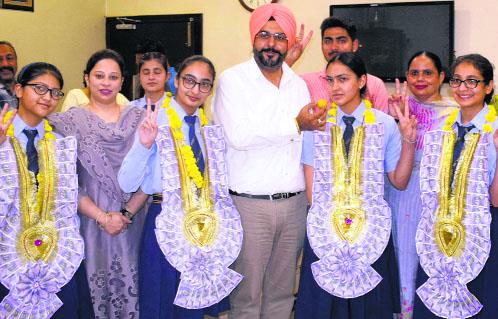