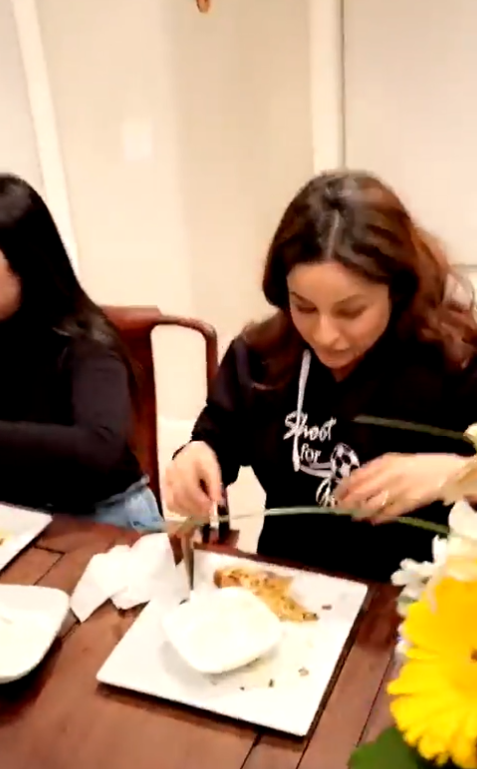 The ‘Honsla Rakh’ team has landed in Canada, and if their social media posts are any proof, they seem to be having a gala time. Starring Shehnaaz Gill, Diljit Dosanjh and Sonam Bajwa, and Gippy Grewal’s son, Shinda Grewal, the actors have kick-started shooting for the film in Vancouver.

In another hilarious post, Gippy Grewal shows us Shehnaaz Gill’s “new diet” plan. Taking to the microblogging website, Gippy shared a 24-second clip of Shehnaaz and his sons, having ‘aloo ke parathe’ at his home.

All the best to whole crew! Much love from #Shehnaazians

Meanwhile, Diljit turned a film producer as he launched his production company, Story Time Productions, and has started with the shoot of his very first production, titled 'Honsla Rakh'.

'Honsla Rakh' is a Punjabi language feature. The film will be released worldwide this Dusshera.