Sidharth Shukla's sudden death came as a shock for his fans as well as the film fraternity as the actor had recently appeared on reality show 'Dance Deewane-3' with his rumoured girlfriend Shehnaaz Gill.

A user tweeted that Shehnaaz Gill "encouraged fans to write ill about Sidharth Shukla". Replying to this, Sidharth wrote, "Please you don’t need to shame her … it’s not her fault it’s some ppl from that FD …she herself has asked them to stop all this like I have … let’s just be civil and make this place better … so that we can enjoy and learn from each other … makes sense .. (sic)". 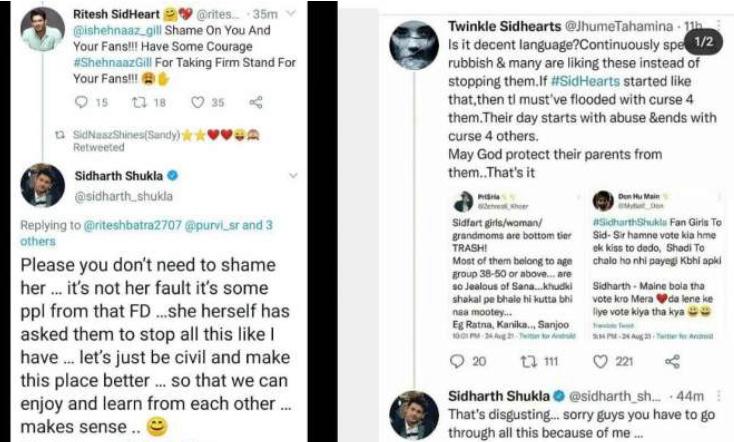 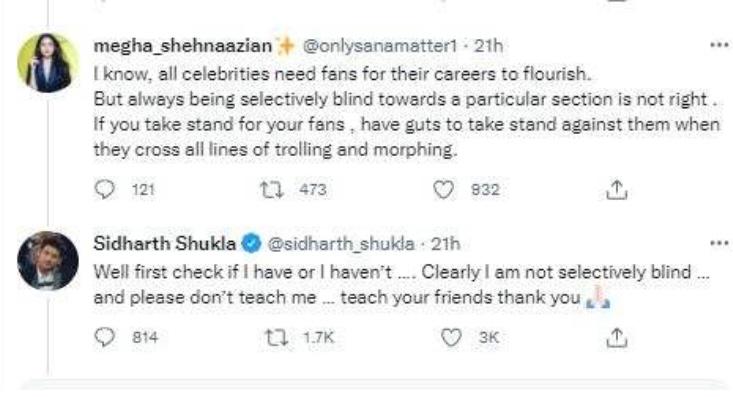