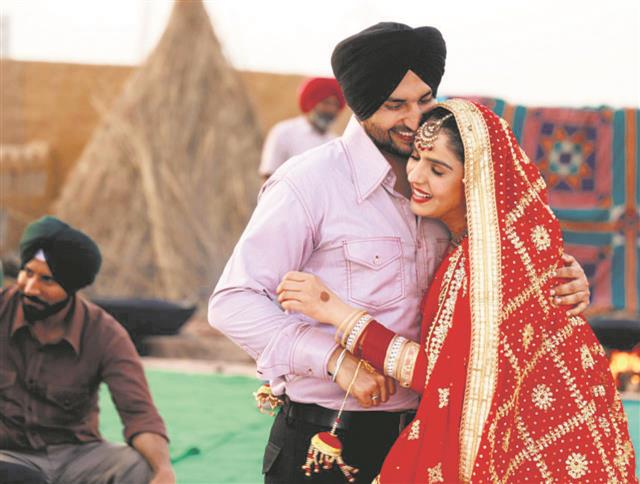 Sidhika Sharma is all set to make her debut in the Punjabi film Fuffad Ji. She has been making headlines for her musical movies such as Sau Sau Wari Khat Likhe, Na Ji Na alongside Hardy Sandhu, Phulkari, Love Conquers and Tauba Tauba.

The shooting of her Punjabi Film Fuffad Ji is currently on and she has been paired opposite Jassie Gill in it. Directed by Panjak Batra, the film also stars Gurnam Bhullar and Binnu Dhillon.

A still from the shoot has gone viral in which Sidhika is seen in a wedding attire. She is wearing a bright red salwar suit with a dupatta on her head. To add on the jewellery there is a mang tikka and bangles with chuda latkhan, mostly worn by Punjabi brides. Jassie Gill is spotted wearing semi-formal shirt and trousers. Sidhika and Jassie are hugging each other and there’s no doubt they look good together on screen.

After leaving a mark in the Punjabi music industry, the Chandigarh girl Sidhika is all excited for her Punjabi film debut.