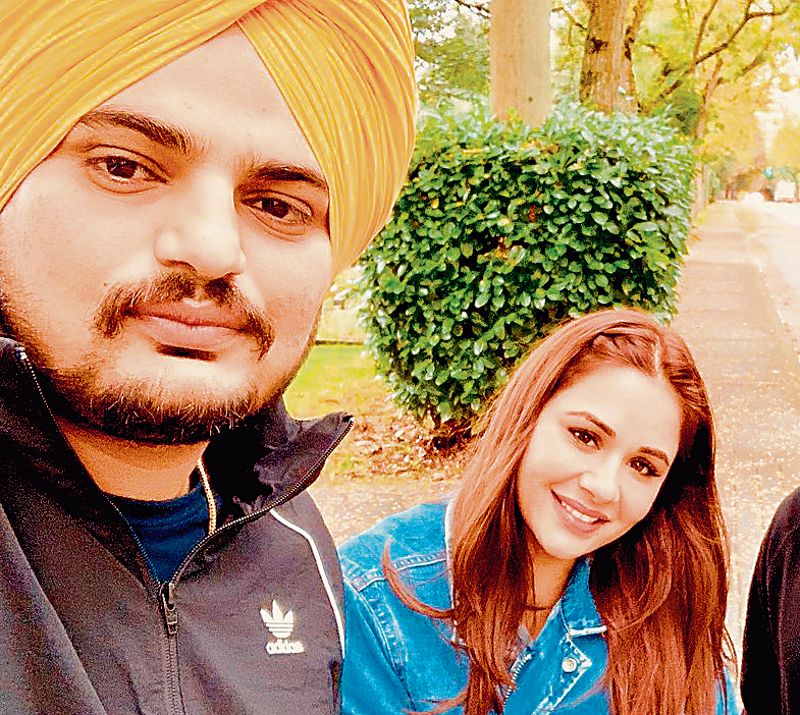 A movie on the struggles of international students living abroad, a theme that will resonate with every family in Punjab, as Yes I Am Student hits the theatres, its cast and crew is confident the movie will touch many a heart. Directed by Tarnvir Singh Jagpal, Yes I Am Student stars Sidhu Moosewala, Mandy Takhar, Malkeet Rauni and Jaggi Singh.

A movie on the struggles of international students living abroad, a theme that will resonate with every family in Punjab, as Yes I Am Student hits the theatres, its cast and crew is confident the movie will touch many a heart. Directed by Tarnvir Singh Jagpal, Yes I Am Student stars Sidhu Moosewala, Mandy Takhar, Malkeet Rauni and Jaggi Singh.

Mandy Takhar says she signed the film because, “It touches upon a subject that is an integral part of Punjabi community but wasn’t brought to light through cinema, so I was happy about the initiative.” Mandy says the story is based on true events.

If it wasn’t for the delays due to pandemic, Yes I Am Student would have marked Sidhu Moosewala’s debut in the film industry since this is the first movie he signed. Shot in 2019, its release date got postponed twice and Moosajatt was released a month before.

This Punjabi singer believes there is a Jassa in every human being and that’s what makes this film unique. Sidhu Moosewala says, “Yes I Am Student is about struggles and achievements. Not only international students, but every human has a Jassa in them at some point of their life. Starting from zero and achieving your dreams is a journey of pain, tears, laughter and strength. I have lived that life.”

Directed by Tarnvir Jagpal, who has given films such as Rabb Da Radio and Daana Paani, knows the ropes, so when it comes to working with him, Mandy says, “He has got a great command over handling deep emotions. I know his requirements to quite an extent. His vision is always clear, so one feels relaxed working under his guidance. I have faith in him.” But working with Sidhu Moosewala was a first. Mandy adds, “Sidhu was a little shy to begin with but he eventually eased up. It was a comfortable experience. As a colleague, he is cooperative and flexible.”

Apart from this project, buzz is that Tarnvir will cast him in his upcoming film Gunah, where Sidhu will be seen sharing the screen with Amrit Mann.

Coming back to the film, Mandy plays Sidhu’s girlfriend Reet, a character she feels is very real and relatable. “Reet is someone who will fight over something as small as why her call was not answered, yet she’ll be the most loving and supportive person when it comes to things that really matter.”