'It's a positive song aimed to bring hope in the lives of people', the singers say 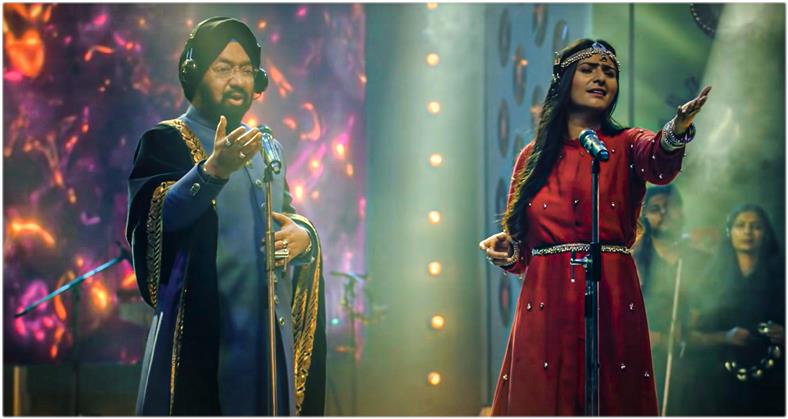 Vikramjit Singh Sahney and Jyoti Nooran in a screengrab of the song 'Tu Hi Ik Tu'.

Known for his philanthropic activities, Vikarmjit Singh Sahney’s social work has been in news many times. This time around, he has come with a song ‘Tu Hi Ik Tu’, marking the start of his music label V Punjabi Records. Sung by sufi singer Jyoti Nooran and himself, Vikram says it is a soothing song that will bring hope to many who are dealing with anxiety and depression caused by the ongoing pandemic. “The song is a reminder that the almighty has a plan for all of us and there is no point worrying,” he says.

The music has been composed by producer-director Jatinder Shah, who is a known name in Pollywood. The lyrics of the song are penned by Babu Singh Mann and it is directed by Pooja Gujral.

Spreading good vibes through her music, Jyoti Nooran says, “I have done many projects but this one is really special to me as I worked with Vikramjit, whose dedicated to serve humanity is inspiring. The song is positive and I really hope it makes people look at the brighter side of life.”

You can enjoy the song here: