Eligibility criterion graduation, but many research scholars among aspirants 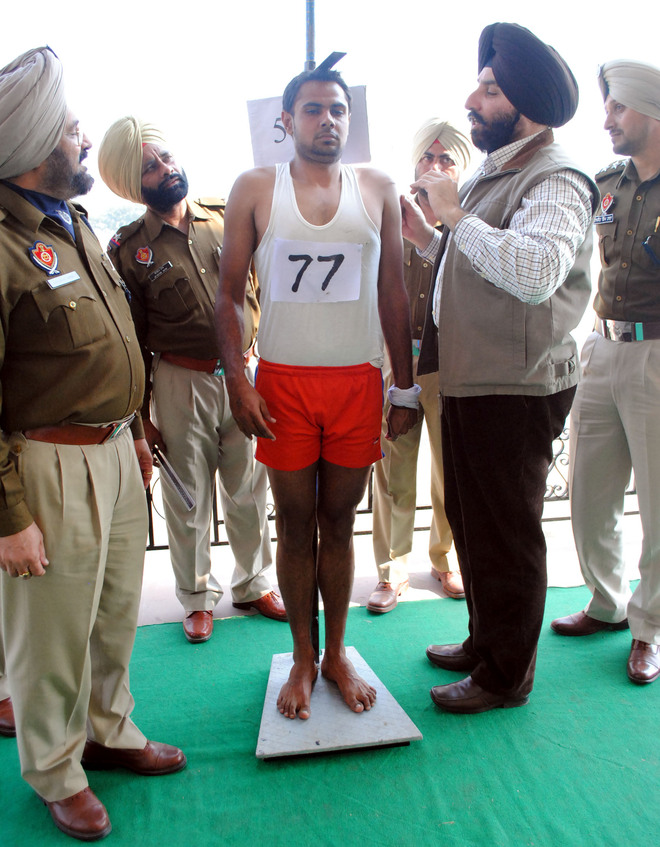 The Punjab Police have received nearly 200 times more applications than the number of vacancies for the posts of Sub-Inspector in the district, armed, intelligence and investigation cadres.

A process of many firsts

A record 1,11,025 candidates have applied for 560 posts that will fetch a salary of up to Rs 50,000 on regularisation of service. This is nearly more than 25 per cent of applications received for the recruitment in 2016 when around 85,000 had filed applications. A candidate will thus compete with 200 other candidates for winning the job this year.

The high number of applications also reflects the rate of unemployment in the state. The posts for the Sub-Inspector are a small 560 portion out of the 10,106 posts advertised by the police for different ranks and cadre. They want to recruit subject domain experts for legal wing, computers and even 20 drone experts.

Applications for SI have been closed, while those for constables, head constables, a first-time initiative of civilian support staff, besides skilled posts in the rank of SI and constable in technical services cadres are still open (see box). The police are expecting over 15 lakh applications for these posts.

While simple graduation is the basic qualification for the SI, nearly 25 postgraduates, including a few pursuing PhDs and others unemployed; 4,419 engineering graduates, 9,334 mechanical and electronic graduates and 38,209 graduates in computer science, computer applications and business management would be vying for the job.

The police recruitment happens roughly every five years but this time the focus is more on finding skilled persons for specialised jobs. Also, stress is on mental ability than mere raw physical force. The police would be holding written test before the physical exams for the first time. The physical exams do not carry marks and is purely for qualification purposes.

“We are preparing a police force for the future,” said DGP Dinkar Gupta, adding: “We have introduced new cadre for posts for skilled persons. The focus is more on technology. Punjab being a border state has the twin duty of keeping the state and the nation safe with constant vigil.”

He said: “Apart from hiring experts in intercepting and using drones, we also need computer and mobile forensics to match the criminals both inside our country and abroad.”

The recruitment is a first of its kind where the police will be conducting exams spread over two months. Thirty-seven different exams for different posts will be held. The police are expecting heavy rush for the post of constables, which are almost 75 per cent of the total advertised posts. In 2016, nearly 7 lakh candidates had applied for this post and this year the police are expecting at least 8 lakh applicants.