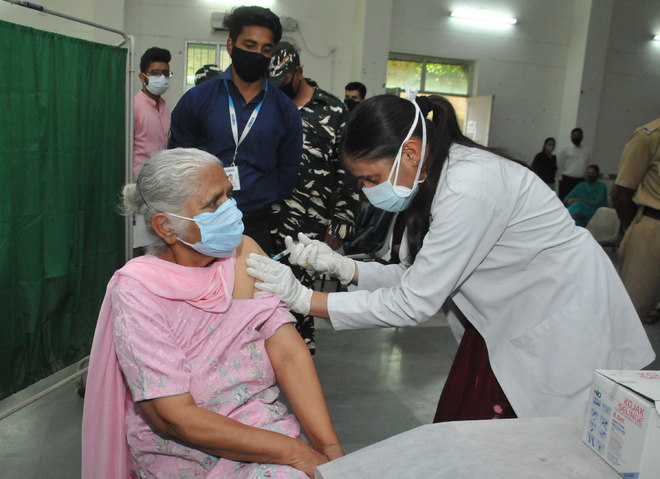 A woman receives a dose of Covid vaccine in Jalandhar. Tribune Photo

The number of Covid deaths has reached the 10,000-mark in Punjab, with the last 40 days accounting for around 33 per cent of the fatalities. It has taken a toll on the state with 45 per cent of the cases so far being reported in this period. 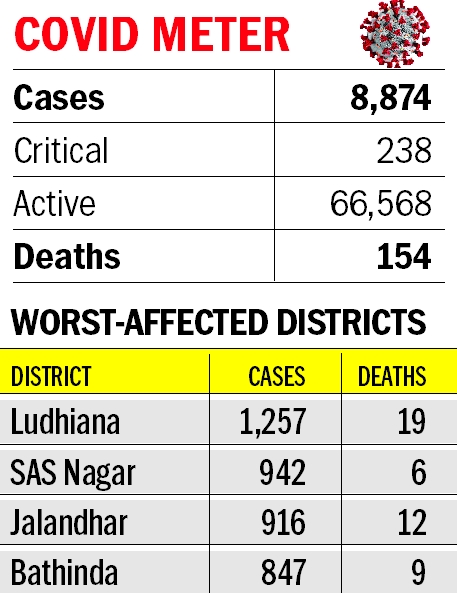 Experts say the state is yet to see the worst as the number of cases may hit 10,000 per day in the third week of May.

Between March 28 and May 7, the state has reported 1.85 lakh cases and around 3,300 deaths. The situation is worsening with each passing day. On Wednesday, the number of fresh infections crossed 8,000 in a single day for the first time. Similarly, 182 deaths were also the highest ever.

The current spike may continue through the month of May, experts say. Dr Rajesh Bhaskar, state’s nodal officer for Covid, said: “As per the statistical models prepared by the experts, the number of cases may reach 10,000 per day by the third week of May. We are expecting plateau after that and then cases may decline in June.”