Tens of thousands are engaged in global protests, including in cities and towns across the UK 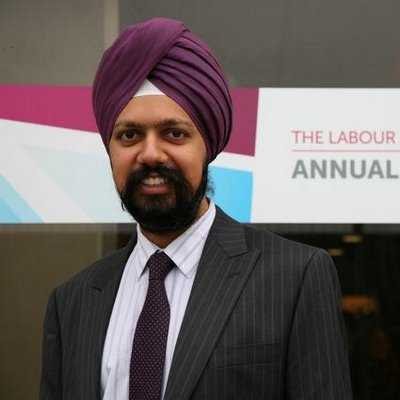 More than 100 UK MPs, from across the political spectrum, have signed a letter which was written by the Punjabi MP in the UK, Tanmanjeet Singh Dhesi, to the UK Prime Minister Boris Johnson to give a serious thought regarding the peaceful farmers' protest in India.

Dhesi has urged the UK Prime Minister to raise it with Indian Prime Minister Narendra Modi when they next liaise. This is to express hope of a speedy resolution to the current deadlock.

In the letter, Dhesi had stated that many constituents, especially those emanating from Punjab, and other parts of India, were horrified to see footage of the water cannon, tear gas and brute force used against hundreds of thousands of peacefully protesting farmers.

The issue has galvanized the Indian diaspora community, especially those of Punjabi or Sikh background, and others who have land or links to farming in India. Tens of thousands are engaged in global protests, including in cities and towns across the UK.

Further, he stated, that a cross-party letter was sent to Foreign Secretary Dominic Raab to raise this matter with his Indian counterpart, and he had assured, that this would be raised with the Indian Foreign Minister, but he did not do so with the India Prime Minister during his meeting in Delhi in December.

It reads: "You were asked about this issue during the Prime Minister’s questions on December 9, 2020, It seems you misunderstood the question, since you were made to refer Pakistan and the need of two governments to settle these matters. The issue of course has nothing to do with Pakistan, but is regarding farmers from across the India protesting and expressing their concern of major corporate houses moving into the sector, as a result of new agriculture laws.

Could you please respond to clarify your understanding of this important issue? Do you indeed agree everyone has a fundamental right to engage in a peaceful protest?”

Further, he has claimed, that we believe your January India visit has now been cancelled, but you intend to meet your Indian counterpart soon. Given the urgency of this matter, could you please confirm that you will convey to Indian Prime Minister the heartfelt anxieties of our constituents, our hope for a speedy resolution to the current deadlock and also for the democratic human rights of citizens to peacefully protest.