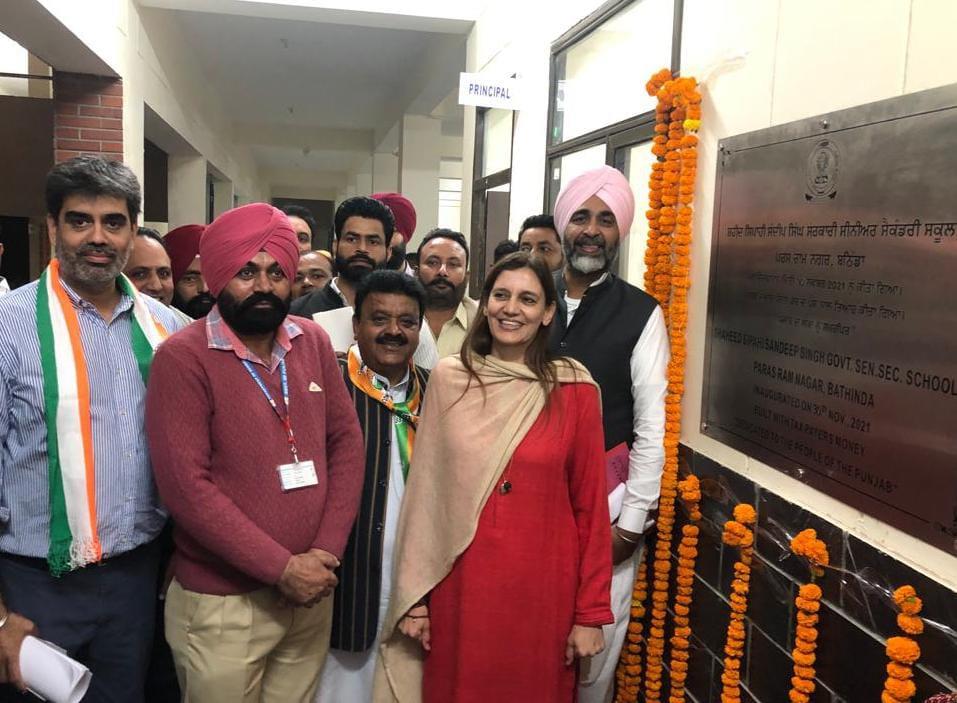 Bathinda has witnessed a boost in educational infrastructure as new facilities/buildings have been provided at 15 government schools.

Finance Minister Manpreet Singh Badal on Tuesday inaugurated two newly built wings — one at Shaheed Sandeep Singh Senior Secondary School, Parasram Nagar, and another at Government High School, Ghanaiya Nagar. He said the new infrastructure had resulted in a 100-per cent increase in the enrolment of students at one of these schools.

Educational infrastructure is a priority. We have issued a huge grant for new buildings, renovation and other enhancements for city schools. — Manpreet Badal, minister

In a year, the school at Parasram Nagar witnessed an increase in its number of students from 1,300 to 2,660. Classes are held in two shifts and all academic streams are offered at this school. In place of the earlier one-storey building, a five-storey building has been built with three classrooms and two laboratories on each floor. Shaheed Sandeep Singh Senior Secondary School has now emerged as the top school in Bathinda in terms of enrolment in government schools.

Similarly, Ghanaiya Nagar School now has a spacious three-storey building with each floor having three classrooms and one laboratory each. The school caters to nearly 300 students.

Besides, the minister said Rs 10 crore was being spent on Government Girls School at Mall Road which would have 150 classrooms. In addition to being a senior secondary school, the new school at Dhobiana Basti will include a swimming pool.