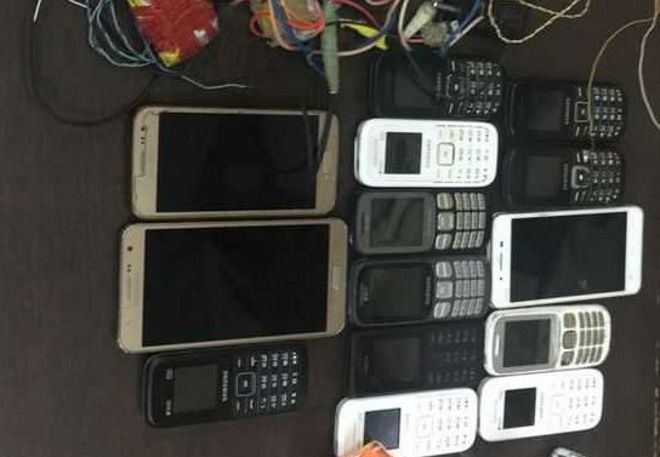 In all, 19 mobile phones hidden inside walls and ceilings of barracks of Central Jail here were seized during a special search operation today, said Jails Minister Harjot Bains.

“In a special search operation in Patiala Central Jail today, 19 mobiles have been seized. The cellphones were hidden by making holes in the walls and the floor. Good job by officers and staff of Central Jail. We are committed to making our jails drug-free and mobile-free,” tweeted Bains.

The local police, however, had no clue about any such seized made inside the jail.

As per rules, jail officials write to the local police station to lodge an FIR pertaining to the seizure of mobile phones from the prison.

“We read it on Twitter. Jail officials are yet to inform us about the seizure of mobile phones,” said Tripuri police station SHO Karanveer Singh.

On May 26, a mobile phone was seized from sacked Deputy Superintendent of Police Jagdish Singh Bhola, who is lodged in the jail here.

On June, 10 mobile phones were seized from the Patiala jail. Three cellphones without SIM cards were found from the bathroom of barrack No. eight and five from outside the barrack. Besides, officials had seized a packet near barrack Nos. 5 and 6. The packet contained two cellphones and tobacco products.