10 acres were illegally occupied at Satauj 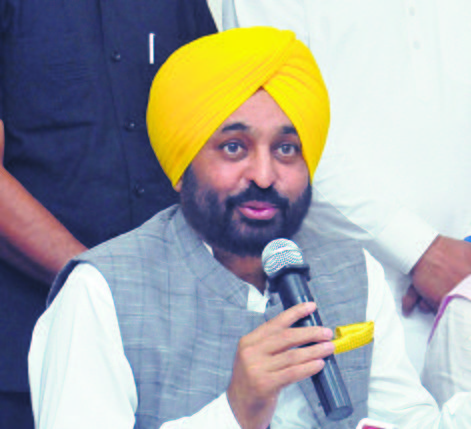 Chief Minister Bhagwant Mann’s appeal to encroachers to vacate panchayat land has got a good response at least in his native village Satauj, where residents on their own vacated 10 acres of land worth around Rs 2 crore in the past two days.

The land had been under illegal possession for several years, generating zero income for the panchayat.

Panchayat members and a “numberdar” of Satauj village told The Tribune that three days ago, some villagers approached them and expressed their willingness to vacate the encroached land in support of the CM.

“Panchayat members were surprised. The earlier governments had tried in vain to vacate the panchayat land,” said “numberdar” Gurjit Singh.

All encroachers handed back the possession of the land without the interference of officers and the police.

Sarpanch Charna Singh said, “We are thankful to all for vacating around 10 acres without any government action. With this, the panchayat will be generate more income for the welfare of the village.”

On May 3, the CM had launched a drive to promote Direct Sowing of Rice from Satauj. He talked to village residents about it, and motivated them to vacate panchayat land and set an example before other villages.