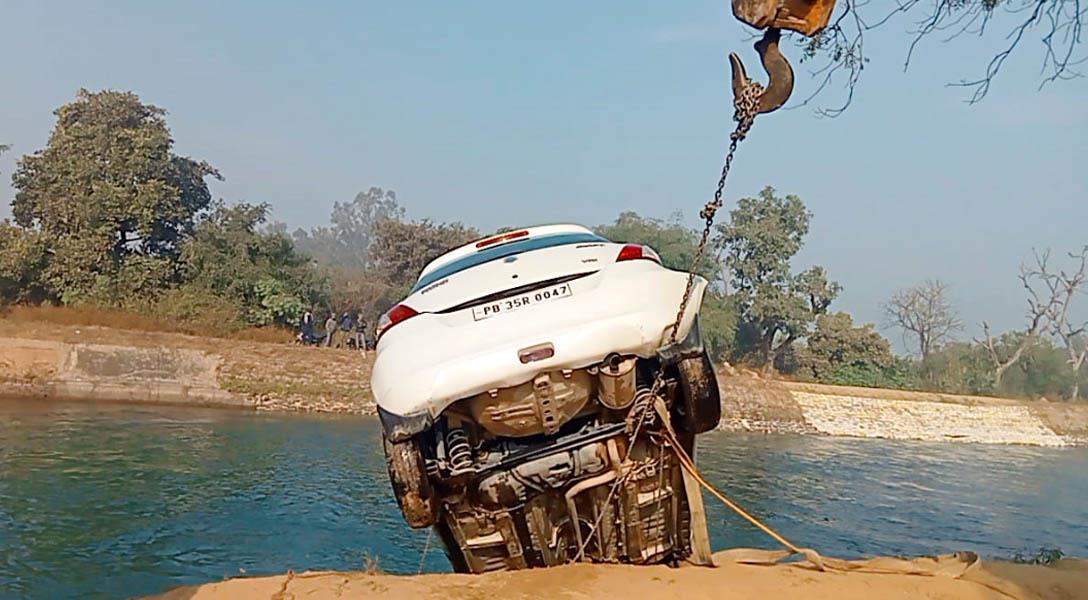 The ill-fated car being pulled out of the Bhakra canal on Monday.

Two persons died while three are missing as the vehicle they were traveling in fell into the Bhakra canal near the Passiana police station in Patiala.

The deceased have been identified as Neelam Rani and Samita Garg, both residents of Rampura Phul in Bathinda. The police said search operation to find the missing persons was underway.

According to the deceased’s kin, all five members of the family were on their way to their home town after paying obeisance at the Mansa Devi Temple in Panchkula. The missing persons include Jaswinder Garg, Peeru Garg and Isha Garg.

Passiana SHO Ankurdeep Singh said they had received information about the incident on Sunday night. Following this, divers were roped in to carry out rescue operation.

In another incident, a student was killed and three others were injured in a road mishap as a school van collided head-on with a tractor-trailer in Maur Mandi on Rampura-Talwandi road on Monday. — TNS