2-fold rise in recovery of cellphones from Faridkot jail 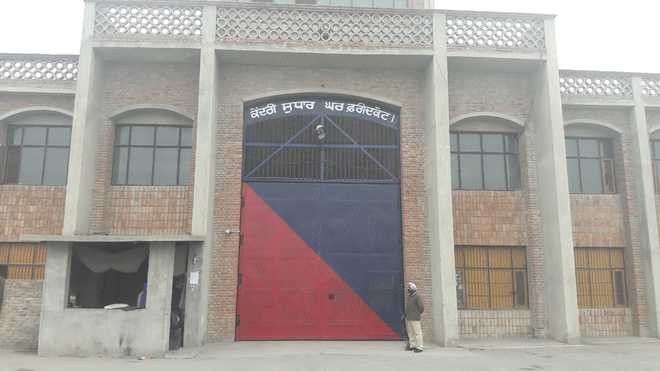 The past 10 months have seen about two-fold jump in the number of seized mobile phones in Faridkot’s modern prison complex over the last year, sending the police into a tizzy.

The past 10 months have seen about two-fold jump in the number of seized mobile phones in Faridkot’s modern prison complex over the last year, sending the police into a tizzy.

On Sunday, the jail authorities claimed to have recovered around 13 mobile phones from over one dozen inmates here.

The police believe lenient laws to deal with the crime of possessing mobile phone in jail is a big hurdle in checking the illegal practice. Offenders are booked under Section 52-A of the Prisons Act, which is a bailable offence.

The police, therefore, couldn’t get the custody of the accused for questioning and thus thwarting attempts to unravel the supply chain of the mobile phones in the jail, said Labh Singh, Station House Officer, Faridkot.

“There should be some amendment to the law to make this offence non-bailable,” the Station House Officer added.

While nearly 200 illegal mobile phones were recovered in the Faridkot jail in 2019 and 2020, as many unauthorised cellphones have already been seized in this year so far.

About a week ago, three jail officials were booked for the offence of receiving Rs 1,63,000 as bribe from the inmates in lieu of providing various facilities, including drugs and mobile phones.

On an average, about 15 mobile phones are recovered from inmates every month in the Faridkot jail, which houses more than 2,200 inmates and prisoners. However, the last one month witnessed recovery of more than 50 mobile phones during the search.

Many a time, the police and the prison authorities claimed to have started an investigation to look into the details of calls made from the seized mobile phones to probe the links between inmates and outsiders, but it remains inconclusive.

Nearly 200 illegal mobile phones have been recovered from Faridkot jail inmates in the past 10 months. Of these, more than 50 mobile phones were recovered in September alone