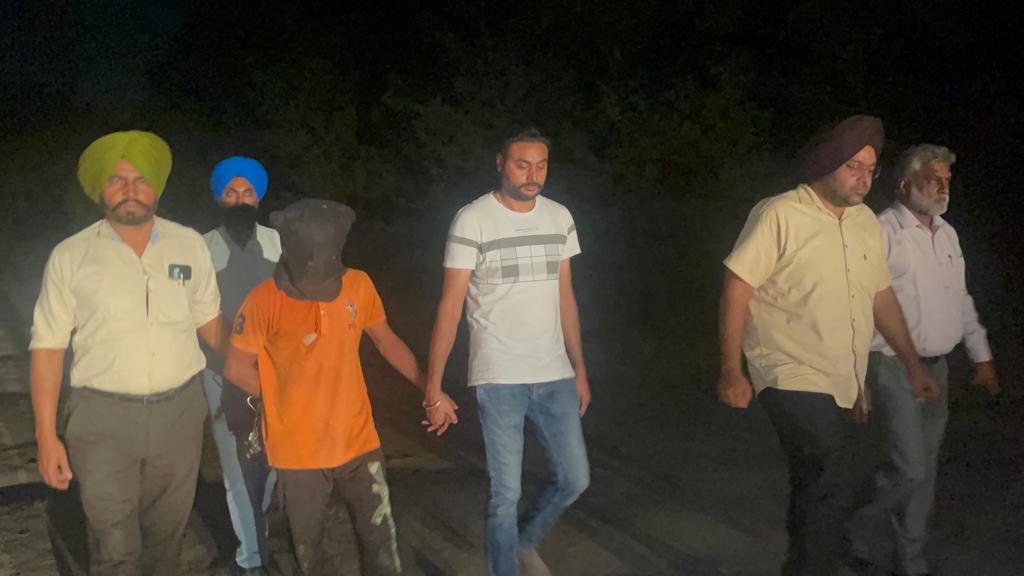 Accused of putting up Khalistan flags on the gate of Himachal Pradesh Vidhan Sabha at Dharamsala, accused Harbir Singh and Paramjit Singh committed the crime for a meagre Rs 10,000, say sources.

Faridkot: A Khalistan graffiti was spray-painted on the wall of a park here on Friday. SSP Aveneet Kaur Sidhu said the CCTV footage was being procured to identify the accused. A criminal case had been registered against unidentified persons.

The two, already facing criminal cases, had also put up a Khalistan banner in front of the Ropar mini-secretariat on April 13 for the same amount.

On May 11, a joint team of Himachal Pradesh and Ropar police had arrested Harbir Singh, alias Raju, near Sugar Mill Road at Morinda. During initial interrogation, he revealed Paramjit Singh, alias Pamma, a resident of Rurki Hiran village, near Chamkaur Sahib, had put up the flags and banners at Dharamsala on May 7. Paramjit was arrested by the police today.

Sources said the two were lured by some unidentified persons and they agreed to put up Khalistan banners for Rs 10,000. A total of Rs 20,000 was paid to the accused for putting up banners at Ropar and Dharamsala, said sources.

Ropar SSP Sandip Garg said the two were also involved in the Ropar incident and that they had gone to Dharamsala on a scooty.

After putting up flags at Dharamsala, the accused filmed it. The video was later posted on the social media by Gurpatwant Singh Pannun, the US-based founder of banned outfit Sikh for Justice (SFJ).

The SSP said during investigation, the call details of the accused and the mobile tower data were examined. It was established that the accused were present at the location around 12.20 pm.

The SSP said Paramjit, a drug addict, was facing seven cases of murder and theft at Ropar, Sirhind and Chandigarh. Similarly, Harbir was earlier booked by the Morinda police for wrongful restraint, besides voluntarily causing hurt and theft at Nawanshahr.