Were selling it as Covid cure: SSP 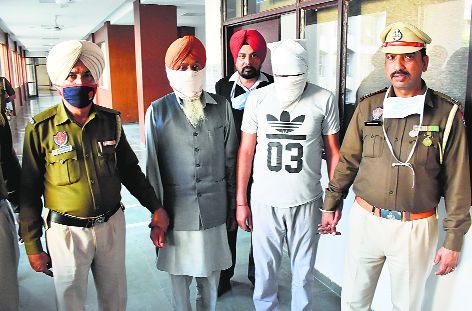 Two men have been arrested in an alleged red mercury scam in Bathinda.

The accused have been identified as Surjit Singh, alias Bhola Singh, of Bir Behman, and Balraj Singh, alias Doctor, of Mandi Kalan village in Bathinda. A motorcycle, Rs 4.50 lakh in cash and an alleged red mercury tube were recovered from them.

Bathinda SSP Bhupinderjit Singh Virk said, “People have been deceived by this scheme for the past few months. Radios and small glass tubes of TVs were being used by the accused. They spread rumours on social media that some of the glass tubes contained a metal called red mercury, which could be used to treat Covid-19 and had many other benefits.”

The SSP said Surjit Singh got information about the red mercury from social media and made a plan to dupe people. He bought an old TV, painted the glass tube with red colour and filled it with cough syrup. Later, he made videos of the tube and shared them on social media claiming that he had a glass tube containing ‘red mercury’ which he wanted to sell for a small amount of money.

He and Balraj Singh started contacting people to sell the tube. Balraj Singh managed to convince Swaraj Singh of Bhagu village to buy the tube for Rs 5 lakh and promised him triple returns by selling it further. A case under Sections 379B, 420 and 34 of the IPC was registered against the accused at the Cantt police station.