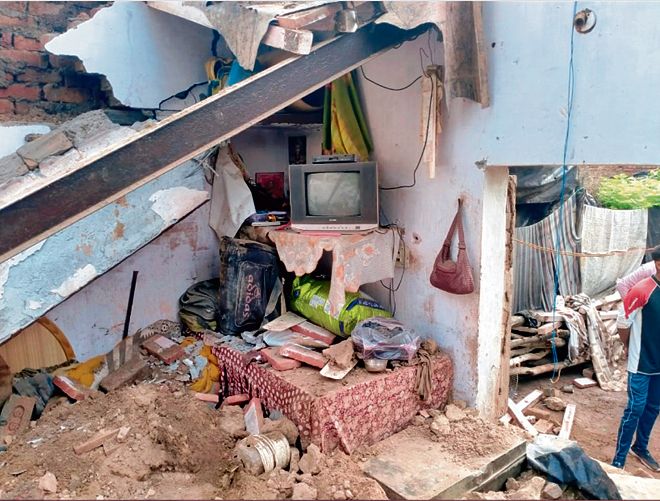 Two children were killed and five other members of the family were injured when the roof of a house collapsed at Dudhan Sadhan village of the district today.

The deceased have been identified as Tania, 7, and Sachin, 9. Their father Bittu, mother Neelam and three siblings — Manish, Hans and Kapil (all aged below 12 years) — were injured and admitted to hospital here.

Locals said the roof of the kachha house collapsed around 5 am when the family was asleep. “The area behind their house is not paved and as such, the wall at the backside of the house shifted after yesterday’s heavy rainfall,” a villager said. He said the family was buried under the debris and locals along with police officials pulled them out.

Raur Jagir police post in charge Gurwinder Singh said as per the family’s claims, the house was strongly built but the roof suddenly collapsed. He said the two children were declared dead by doctors and the bodies were handed over for autopsy. Dudhan Sadhan tehsildar Sarabjit Dhaliwal said the government would compensate the family for the loss. “They will be given Rs 95,000 for construction of their house. The government will also provide them Rs 4 lakh as compensation for each deceased family member,” he said.