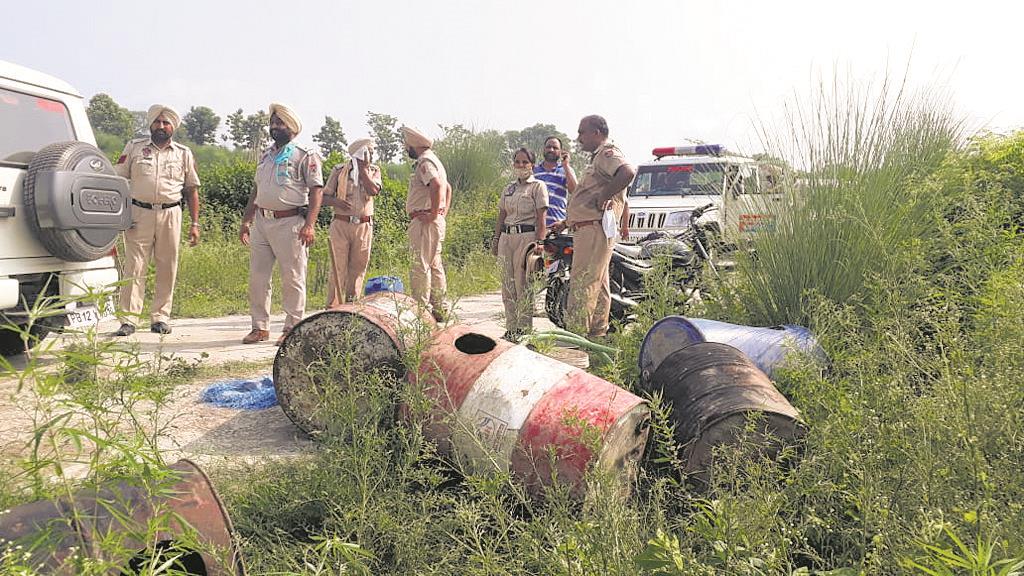 Dhabas along highways, godowns and residential premises in villages are allegedly used to trade, store, supply and manufacture spurious liquor.

How do they do it

Monthly bribes to policemen, botched up investigations and deliberate efforts “not to recover cash” or seize assets of smugglers in cases registered under the Excise Act allegedly help this trade flourish.

The recent deaths in Punjab due to the consumption of spurious liquor have once again brought to light how extra neutral alcohol (ENA) or ethanol transported from distilleries to paint and pharmaceutical units and other factories is deliberately allowed to be smuggled.

“In Ghanaur and Rajpura areas, distilleries and truckers hold the key, courtesy political patronage. Truck drivers are not paid any salary, with a basic understanding between truckers and owners that they will pilfer one drum of ENA per round,” said a liquor contractor. “The driver will then tie up with some dhaba owners or smugglers, who will pay him Rs 1,500 to Rs 2,000 per drum,” said a police officer.

Smugglers generally store the ENA so procured in godowns, houses and roadside dhabas from where they supply it to every nook and corner of the state.

“Illegal distillery owners buy ENA from smugglers, use it to make fake brands and then sell these to pocket huge profits. For every round of chemicals exchanging hands, cops and excise officials get their cut,” said an insider.

“In connivance with the ENA mafia and distillery owners, liquor worth Rs 700 crore was manufactured and sold during the lockdown in Punjab. Despite high demand, it was the only state where no queues were witnessed at liquor vends when these opened after almost three months, as supply of illegal liquor had never been interrupted,” said a top ED official.

“Recently, when accused in the illegal Ghanaur distillery case were grilled, they named many senior police officers who were allegedly paid monthly bribe. But that fact was never made part of the investigation report,” sources said.

Principal Secretary (Excise and Taxation) A Venu Prasad, meanwhile, said their department had already launched a special drive to check ENA pilferage and use of chemicals to manufacture spurious liquor.