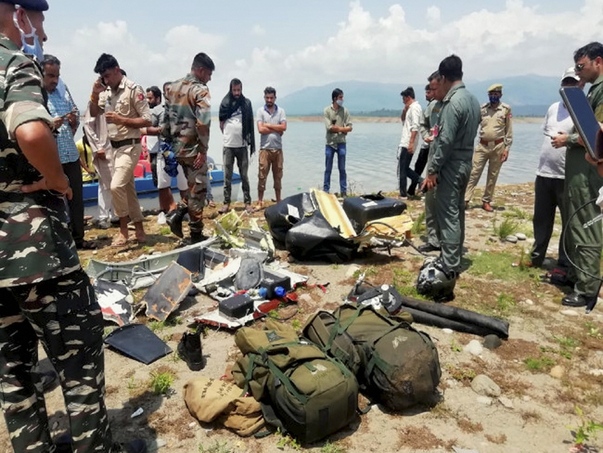 The pilot and the co-pilot of an Army helicopter went missing after it crashed into the Ranjit Sagar Dam lake around 10.30 am today.

The pilot and the co-pilot of an Army helicopter went missing after it crashed into the Ranjit Sagar Dam lake around 10.30 am today.

The search operation was launched around 11 am under the supervision of Army officers. More than 20 divers were deployed to locate the pilots. A large part of the chopper wreckage could be seen floating in the lake. The dam is situated around 30 km from Pathankot.

The ill-fated Dhruv helicopter belonging to the 254 Army Aviation Squadron had taken off from Mamun cantonment. The exact cause of the crash is being ascertained by Army experts. An NDRF team also reached the spot.