5 at large; group rivalry likely cause of murder 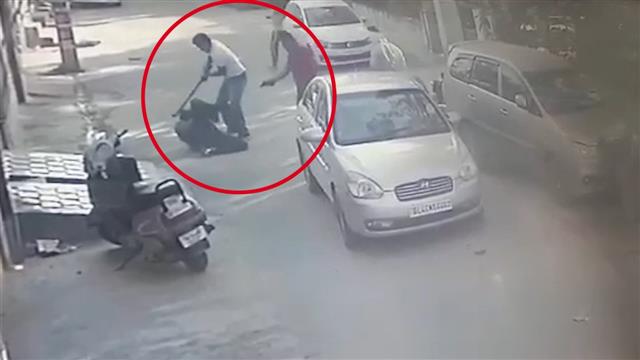 The district police have arrested two of the seven suspects booked for shooting a man and injuring two others in a street on the Ajit Road last evening. The five others are at large.

The two — Aman of Bhai Bakhtaur and Gurpreet Singh of Jassi Pao Wali — along with Baljinderpal Singh, alias Billa, of Bhokra village; Satnam Singh of Bathinda; Sukhdev Singh, alias Jassa, of Nehiawala; Surinder Singh of Balahar Vinju village and one unidentified suspect have been booked under relevant sections of the IPC and the Arms Act.

Investigations pointed to personal enmity between two groups as the possible cause of the murder. Two months ago, a group led by Buta Singh had assaulted members of the Billa Bhokhra group. To avenge it, members of the Billa Bhokhra group last evening allegedly attacked and injured Buta and opened fire at his companion Hasandeep Singh, a resident of Mahima Bhagwan village, Bathinda.

Jaskaran Singh, who was passing by on a motorcycle suffered a bullet shrapnel. He was not linked to either of the groups. The suspects thereafter fled the scene in a car. The three injured were taken to the hospital, where doctors declared Hasandeep dead.

An official said: “Two suspects have been arrested and we are raiding possible hideouts to nab the rest.” — TNS