Case tally stands at 10,100 with 254 deaths; Ludhiana, Jalandhar continue to be areas of concern 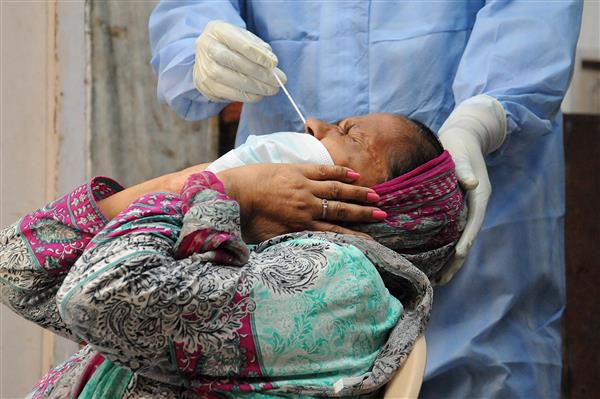 Ludhiana also accounted for four of Punjab’s eight fatalities on Sunday. Hoshiarpur, Amritsar and SAS Nagar reported a death each, making up the rest of Sunday’s death count for Punjab.

Thirty-seven of Ludhiana’s 76 were contacts of previously diagnosed cases, 11 were categorised as ILI (influenza-like illness), nine were new cases with no contact or travel history, three were OPD cases, five were healthcare workers and one was a person who just returned from abroad. The bulletin said the state was still collating data for the rest of the cases from the district.

Nine of Jalandhar’s 60 were contacts of already diagnosed cases and one was a new case.

Fourteen of Amritsar’s cases were contacts, two were policemen, five were classified as ILI, five were new cases and two were domestic travellers.

Of SAS Nagar’s 28, three were policemen, three were contacts, one was a healthcare worker, seven were classified as ILI, three were OPD cases, and five were new cases.

Punjab has been seeing a steady rise in coronavirus cases in the past two months. June and July together account for 7,837 cases---that is, over 77 per cent of the state’s cases.

The state has reported 4,532 cases in July alone.

Three districts---Ludhiana, Jalandhar and Amritsar---account for 47 per cent of the state’s cases and 56 per cent of its deaths.

The state has 3,311 active cases, the bulletin shows. Sixty-three people are on oxygen support and 10 people are critical and on ventilator support.