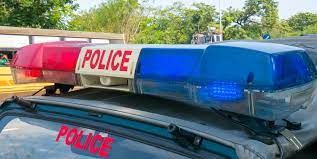 The police today dismissed three policemen, including an Inspector, from service who allegedly implicated two persons in a drugs case and extorted money from them.

DGP Gaurav Yadav said the dismissed police personnel included Inspector Parminder Singh Bajwa, ASI Angrej Singh and Head Constable Joginder Singh, all of whom were posted at the Narcotics Control Cell in the district. Notably, while Inspector Bajwa had been dismissed by Ferozepur Range IG Jaskaran Singh, the other two erring cops were dismissed by Ferozepur SSP Surinder Lamba for gross negligence. The DGP said the cops had been dismissed under Article 311 (2) of the Constitution of India.

The SSP said a team of the Anti-Narcotic Cell, Ferozepur, led by Inspector Bajwa, ASI Angrej, and HC Joginder in connivance with other cops had arrested two persons on July 20, 2022, and allegedly implicated them in a false drugs case by planting 1 kg heroin and showing recovery of Rs 5 lakh from them.

An FIR was also registered under various sections of the NDPS Act by Inspector Bajwa, he said. “Later, we found the recovery suspicious following which we started probing the matter at an internal level,” said the SSP.

“Later, during the course of the investigation, it came to the fore that the accused cops had concocted the entire matter and implicated both persons with the intention to extort money from them,” said the SSP, adding that when the accused cops were confronted regarding the allegations during a detailed inquiry, they had no clarification.