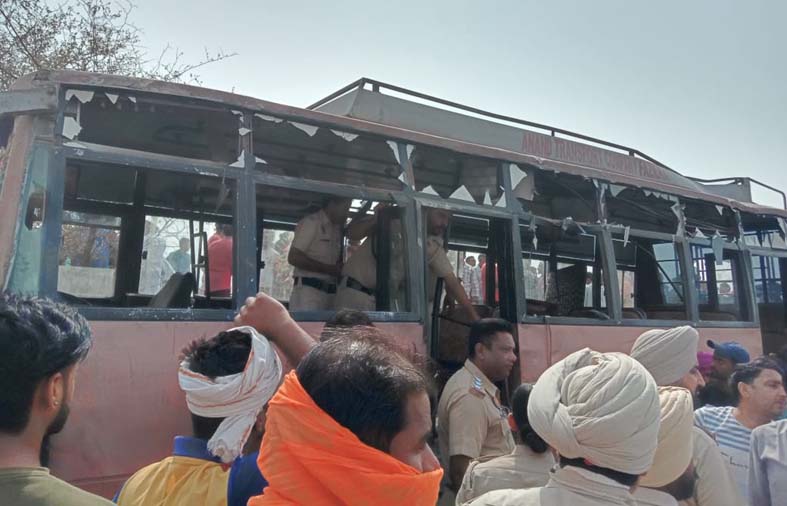 Three teenaged students, including two girls, were killed as a speeding minibus in which they were travelling skidded off the road and overturned in a field near Mannewala village on the outskirts of Jalalabad today.

Fazilka Civil Surgeon Dr Tejwant Singh said 40 persons, including three dead, were brought to the Jalalabad Civil Hospital. Of the 37 injured, eight critical ones were referred to the Faridkot Medical College, four to Fazilka and 25 were being treated at Jalalabad, he added.

Meanwhile, sources said the minibus, carrying over 70 passengers against the capacity of 30, was coming from Roranwali Mandi to Jalalabad.

The deceased — Navjot Kaur, 19, Sunita Rani, 17, and Krishan Singh, 17 — were all students and residents of Katianwali village. They had boarded the ill-fated bus only 2 km before the accident site.

The police have registered a case under Section 304 of the IPC against bus driver Amandeep Singh, who fled the spot.

Later, a large number of family members and villagers blocked the Fazilka-Ferozepur highway, demanding adequate compensation and a government job each for the kin of the three victims.