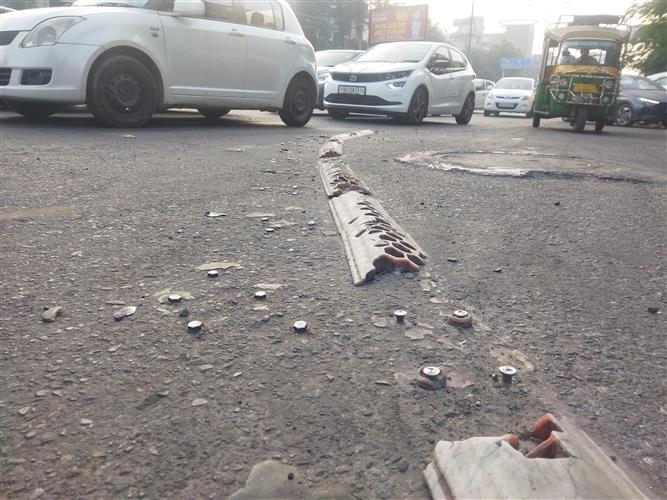 The VB has confiscated mobile phones and SIM cards of all accused which would be sent to data experts for getting more information about this case.

Disclosing this here today, a spokesperson for the VB said the arrested agents had been identified as Pankaj Dhingra, a resident of New Kailash Nagar, Brijpal Singh, a resident of Kirshna Nagar, and Arvind Kumar, a resident of Upkar Nagar. They would be produced in the competent court tomorrow and the VB would plead the police remand for further investigation in this case, he added.

He said the bureau had conducted a surprise check in the office of MVI, Jalandhar, and exposed an organised corruption for issuing fitness certificates for vehicles on a large scale in connivance with private agents.

The spokesperson further added that the bureau, on the basis of sufficient evidence, registered a case under Sections 7 and 7A of Prevention of Corruption Act and 420 and 120-B of the Indian Penal Code at the Vigilance Bureau police station, Jalandhar.

In this case, six accused have already been arrested and are in the jail. These are Naresh Kaler, Rampal, Mohan Lal, Paramjit Singh Bedi, Surrjit Singh and Harvinder Singh (all private agents). Further investigation of this case was under progress and the remaining absconding accused would be arrested soon, he added.

Six other agents have already been arrested and are in jail. These agents allegedly colluded with Motor Vehicle Inspector (MVI), Jalandhar, Naresh Kaler for issuing or receiving fitness certificates by taking huge bribes without conducting inspection of commercial and private vehicles