3 weeks on, Agri Dept fails to raise share of fertilisers for coop societies : The Tribune India

3 weeks on, Agri Dept fails to raise share of fertilisers for coop societies 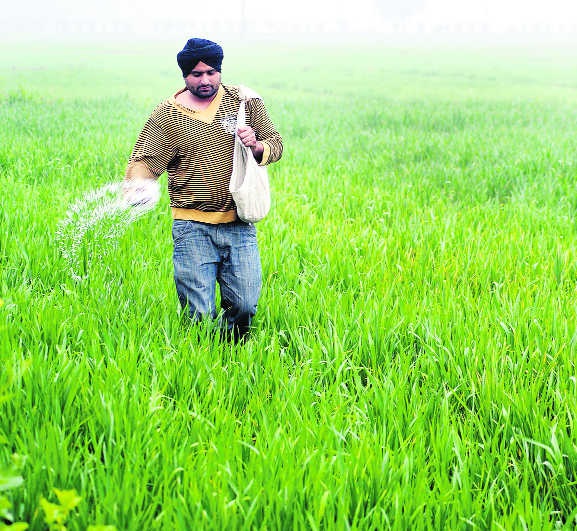 Despite Chief Minister Bhagwant Mann directing to allocate higher share of fertilisers to the cooperative societies, the Agriculture Department has failed to do so.

On December 30, the CM had issued orders stating that 60 per cent of urea and DAP (Di-ammonium Phosphate) should be allocated to the cooperative societies and 40 per cent to private traders.

Around 14.50 lakh metric tonnes of urea is required for the wheat crop in the state. For the ongoing rabi season, the requirement of urea would end in early February.

Orders will be implemented

As soon as the Joint Director (Inputs) of Agriculture Department will put up the file, orders of the CM will be implemented. —Rahul Tiwari, Financial commissioner (Development)

The inordinate delay in issuing the orders and enhancing allocation of fertilisers for sale through the cooperative societies from the present 50 per cent to 60 per cent has forced farmers to buy urea from private traders, either by paying a premium or with accompaniments (insecticide/ pesticide).

Even cooperative societies in Guniana, Sangat and Bathinda are facing a shortage of supply. Since private traders have an equal share in urea and DAP allocation, many of them reportedly created artificial shortage in the market.

Sources said the shortage had been observed in Mansa, Sangrur, Faridkot, Moga and Bathinda districts, which prompted the CM to enhance the allocation for the cooperative societies.

Rahul Tiwari, Financial Commissioner, Development, said the Joint Director (Inputs), Agriculture Department, had been processing the file regarding enhancing the allocation of fertilisers. “As soon as he will put up the file, orders will be implemented,” he said.