The contraband was hidden in the toolbox of the truck, which was stopped by police at Mahalon bypass on a tip-ff 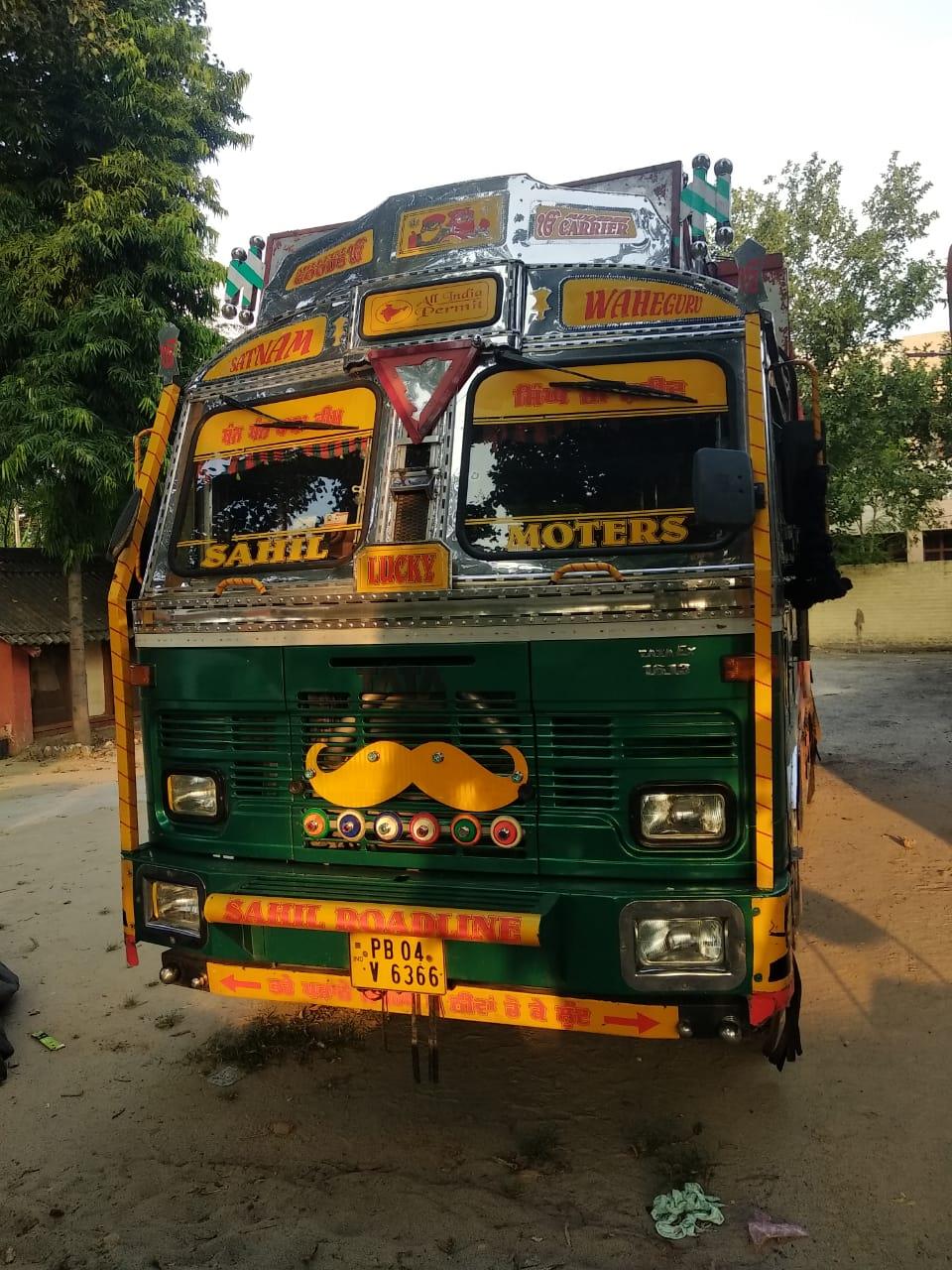 The truck used to smuggle the heroin. Tribune Photo

Addressing a press conference in SBS Nagar, IGP Ludhiana Range Surinder Pal Singh Parmar accompanied by SSP SBS Nagar Bhagirath Meena said the police had received a secret information that a drug smuggler identified as Rajesh Kumar along with his accomplices Som Nath Bikko, Kulwinder Kinda and Bittu is engaged in the business of supplying large quantities of heroin in different areas of Punjab by bringing the drug from other states through truck.

Following this information, the police immediately registered an FIR at Nawanshahr City police station, he said, adding that a special nakabandi was conducted at Mahalon Bypass in SBS Nagar under the supervision of Ranjit Singh PPS and SI Surinder Singh.

"During the nakabandi when the police party signalled the truck to stop, truck driver Kulwinder Kinda tried to run away but the police party managed to catch him and Bittu and recovered 38kg packet of heroin wrapped in a tarpaulin and concealed in a toolbox of the truck," he said.

SSP Bhagirath Meena said during preliminary interrogation accused truck driver Kulwinder Kinda disclosed that he had received a call from from Rajesh Kumar via Telegram App, who gave him a pinpoint location in Bhuj in Gujarat to pick heroin and bring it to Punjab. The accused further revealed that when he reached the location, an unknown person came and loaded the drug into his truck.

He said that Kulwinder Kinda also disclosed that earlier on the instruction of Rajesh Kumar, he had brought two consignments of 10kg and then 20kg heroin from Srinagar Uri in the month of January, besides, 1kg of heroin from Delhi this year.

The SSP said that the police are conducting raids to nab accused Rajesh Kumar and Som Nath and soon they will be arrested.

Accused Rajesh Kumar alias Sonu Khatri is a professional criminal and facing over 19 cases of henious crime including murder, hurt, illegal activities, forgery, NDPS Act and Excise Act. While, Kulwinder Kinda was convicted and sentenced for imprisonment of 10 years in an NDPS case registered at Nurmahal Police Station regarding 3.45 quintal poppy husk recovery.