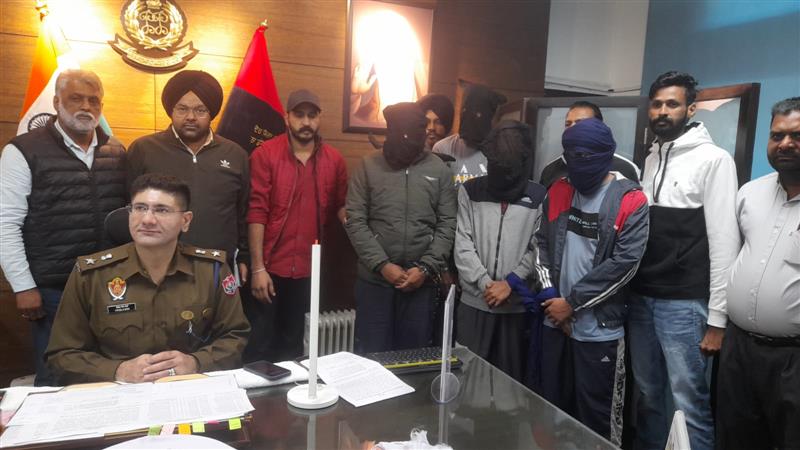 Police with the accused.

The district police on Monday claimed to have arrested four members of the Lawrence Bishnoi gang here.

One of their accomplices managed to escape. The police seized three pistols, one magazine and 22 live cartridges from them.

The SSP said Karry, Tinka and Shammi had already been booked in case under the IPC and Arms Act at Kumm Kalan police station in Ludhiana district in which they shot at a man. He said all the arrested are associated with the Lawrence Bishnoi gang.

He said the accused were presented before a court and their two-day police remand obtained.

A case under the IPC and Arms Act had been registered against the accused at Morinda police station, he added.